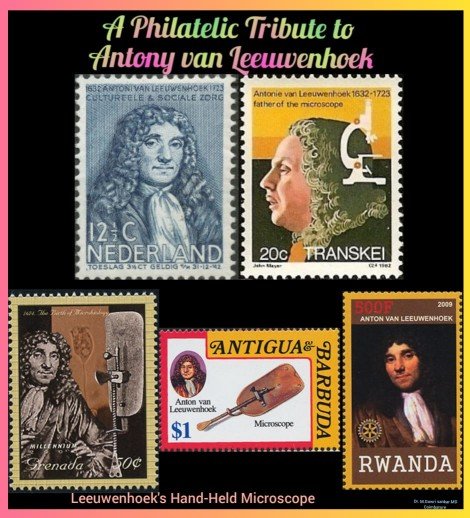 🔹Leeuwenhoek was born in Holland. Actually, he was not born in a prosperous family. His father was a basket-maker.
🔹After his schooling, he apprenticed as a fabric merchant at his age of 16 years.
🔹Subsequently, Leeuwenhoek established his own business as a fabric merchant. As a merchant, he got fascinated to assess the quality of a cloth by using magnifying lens🔍.
🔹Once, he got an opportunity to read an illustrated book “Micrographia”, which was written by Robert Hook, who was an English polymath famously called as “England’s Leonardo” – the first to use the microscope and observe plant cells.
🔹By the way, Leeuwenhoek got inspired by Hook’s work and thereby he started making lens. He further learned to grind lenses and made simple hand-held microscopes and began to observe through them.
🔹Finally, his own devised instrument came out with 3-4 inches long made up of brass plate with tiny hole and the lens mounted over the tiny hole along adjustable screws.
🔹He was doing several modifications in his hand-held microscope and he achieved the magnification of the objects over 275 times.
🔹During one summer season, he came to know that the nearby lake had an unusual greenish cloudy look. He collected the lake water sample and studied through his microscopes.
🔹In fact, his curiosity in observation made him to discover a new world. He witnessed microbes of various shapes and colors.
🔹Thereby, he became the first person to view microorganisms, which he termed “animalcules” from Latin animalculum means “tiny animal.”
🔹Further, he studied about plant cells, various types of algae, protozoa, tissues of human and animals, mineral crystals and fossils.
🔹As he wanted to document his observations, Leeuwenhoek hired an illustrator to draw that he observed. He then wrote a clear descriptions about the microorganisms, he had observed through his microscopes.
🔹Moreover, he was the first who gave the detailed description of…
🔅Red blood cells in 1675
🔅Human spermatozoa in 1677
🔅Bacteria by viewing scrapings from his own teeth in 1683
🔹Actually, he didn’t publish any books, but his work came to lime light by writing more than 300 letters over 50 years to the Royal Society of London, regarding his discoveries.
🔹Initially his work was denied, later it was acknowledged and was published as well as translated into many other languages.
🔹In fact, Leeuwenhoek had not received any higher education or university degrees, never had formal scientific training and knew no languages other than his native Dutch. He was a self-taught man in the field of science and he had been recognized as one of the most important scientists of his day.
🔹He was the first acknowledged microscopist and his work in the field of microscopy established microbiology as a scientific discipline.
🔹Although he had not done proper education, he was elected as a member of the Royal Society, which was normally reserved for scientific scholars. He continued his observations until the last days of his life.

The Man who unfolded the Secrets of Nature.