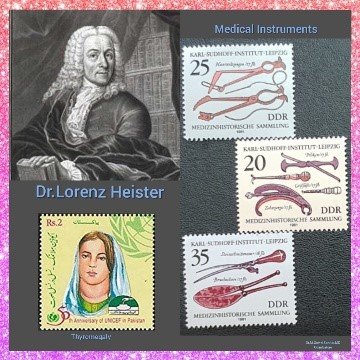 🔹Heister studied medicine at the University of Giessen. As he was very curious about the field of anatomy, he studied further from various anatomist such as Frederik Ruyschhe, Bernhard Siegfried Albinus, Govert Bidloo, and Hermann Boerhaave.

🔹Thereupon, he earned his Doctorate in 1708 from the University of Harderwijk and then joined the Dutch military as a field surgeon during the civil wars in 1709.

🔹Afterwards, he got appointed as a Professor of anatomy and surgery at the University of Altdorf in 1711. Later, he served at Helmstedt and continued there till his last days.

🔹Moreover, Heister was the first to describe Appendicitis and he is credited for the same.

🔹Also, he made the first successful Thyroidectomy and coined the word “Tracheotomy” in 1718.

🔹Furthermore, he concluded that the alteration in crystallin lens is the cause of cataract rather than a change in the cornea as was believed earlier.

🔅 The spiral valves of Heister– Anatomical folds of the cystic duct.

🔹In fact, he became well-known by his book written in German language – The Chirurgie.

🔹This was the first book which elaborated the surgery systematically and enclosed with all surgical instruments, bandages and also detailed the surgical operations step by step with mentioning possible complications. His book was translated into several languages.

🔹Besides, he personally had a vast library with about 12,000 books. Also, he possessed more than 470 surgical instruments – most of them made of silver. Thereby, he was considered the Founder of Scientific Surgery in Germany.

🔹In addition, he had made significant contributions to the field of botany. His botanical writings with illustrated descriptions of plants were published in 1755.

🔹In order to honour his enormous contributions, a plant genus has been named Heisteria.