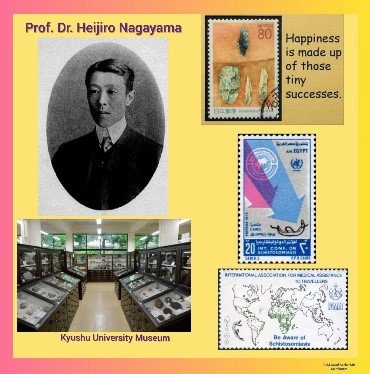 🔸Nagayama was brought up in a physician family. When he was young, he got attracted to YAYOI Pottery (belong to 250 BC period) and became interested in archaeology. Hence, he used to visit archaeological sites often during his boyhood.

🔸During his career, he did extensive research and found out the Life cycle of Schistosoma japonicum.

🔸Moreover, his student Dr. Hashimoto had expressed his sincere thanks for the excellent guidance to his scientific paper – Hashimoto’s thyroiditis.

🔸His archaeological collections such as stone axes, pottery… have been displayed in Kyushu University Museum, Japan and are recognized as rare collections presenting the existence of YAYOI Period (Period between the Stone Age and Iron Age period).