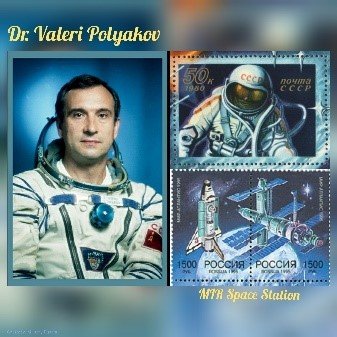 🔹He was highly inspired by the physician Dr. Boris Yegorov, who made the first space flight in 1964. Hence, Dr. Polyakov decided to specialize in space medicine.

🔹Subsequently, he underwent the space flight training in the Russian cosmonaut team in 1971. After that, he joined a team that was offering medical support for crews in the space station.

🔹In the year 1988, he successfully travelled on his first spaceflight SOYUZ – linked with MIR Space Station. He spent around 240 days in space to study the effects of microgravity on human body.

🔹He further did his second spaceflight in 1994 on SOYUZ TM-18 flight all alone for 438 consecutive days in MIR space station. He holds the WORLD RECORD for the longest single stay in space in human history.

🔹In space, he voluntarily prolonged his stay to prove that the humans could survive in microgravity for long periods of time.

🔹During his stay in space, he conducted medical and physiological researches, which were key components of the International Space Medicine Project.

🔹After coming back to earth, his first statement was – “We can fly to Mars” and he described his mission as “My goal was to demonstrate the ability to work on Mars and come back in good health.”

The Real Iron-man of Spaceflight