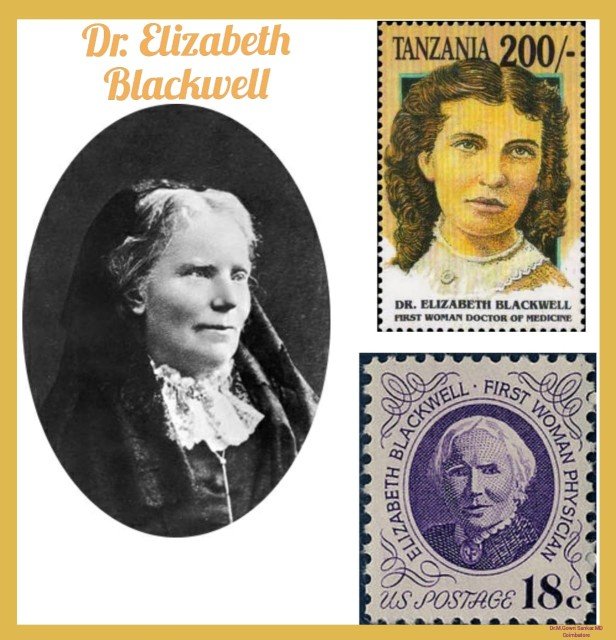 🔸Elizabeth was born in Bristol, England. She was the third daughter of nine surviving children of Samuel Blackwell, who was a sugar refiner as well as a social activist.
🔸Due to an unfortunate fire accident at sugar refinery, Samuel lost all his wealth. Hence the entire family emigrated to the United States, eventually moved to New York and then to Cincinnati, Ohio.
🔸The sudden demise of her father, pushed 17 years old Blackwell to go for work. As she was well-versed in French and German languages, she worked as a teacher. Also, her mother and two older sisters began work as educators to support the family.
🔸Suddenly, Blackwell’s close friend suffered from a terminal disease. She felt embarrassed in consulting male doctors and also expressed her grief that she would have felt at ease with a female physician.
🔸Her friend’s difficulties deeply affected Blackwell, hence she decided to pursue a career in medicine. But the road to becoming a doctor was not an easy one at that time.
🔸She started applying in various medical institutions but her application was continuously getting rejected. Eventually, she was accepted at Geneva Medical College in New York.
🔸During her two years of college life, Blackwell faced many discrimination and obstacles by her fellow students and professors. She was forced to sit separately at lectures and often excluded from labs.
🔸All those myriad challenges ultimately made her strong and she graduated first in her class. This earned her the respect of professors and classmates and she became the First woman to receive a Doctor of Medicine in 1849.
🔸After her studies, she got trained in midwifery at Paris. Then she returned to her native England and learned under Sir James Paget at St. Bartholomew’s Hospital. There she met Florence Nightingale, a famous nurse and they became very close friends.
🔸In the year 1850, she returned to New York city and started a small clinic to treat poor women.
🔸Along with her sister Dr. Emily Blackwell and colleague Dr. Marie she expanded her dispensary into the “New York Infirmary for Women and Children.” Later in 1868, she established the medical school for women adjunct to Infirmary.
🔸Further, during the American-Civil War, both the Blackwell sisters trained many nurses for their service in war field. Dr. Blackwell also helped establish the U.S. Sanitary Commission in 1861.
🔸Dr. Blackwell returned permanently to London and established the London School of Medicine for Women, with the primary goal of preparing women for medical education. There she became a Professor of Gynecology and became the first woman listed on the British Medical Register.
🔸Additionally, Dr. Blackwell published several books over the course of her career, including her Autobiography, Pioneer Work in Opening the Medical Profession to Women in 1895.
🔸In order to honor her meritorious service, the American Medical Women’s Association introduced the award Elizabeth Blackwell Medal in 1939 to present annually to a woman who has made significant contribution in medicine.
🔸In fact, Dr. Blackwell battled all her life time as a social reformer and for women’s rights. She was a great visionary in paving the path for numerous women in promoting women’s education in the field of medicine.

The Women Who Changed the Face of Medicine