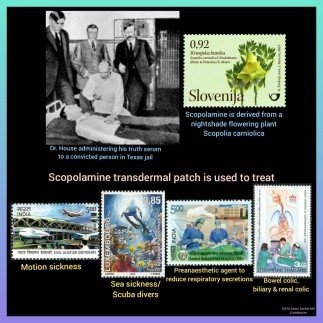 🔸Robert House studied medicine from Texas Medical Branch at Galveston and in Tulane University. After his graduation in 1899, he got trained in obstetrics.

🔸While he was practicing as an obstetrician in 1915, he used to administer a cocktail of drugs such as Morphine, Chloroform and Scopolamine to woman during the childbirth for anaesthesia and analgesia effect.

🔸It normally made the patient to get into “Twilight Sleep State” – a state of consciousness with no pain perception or remembrance. He further noticed an additional strange effect on his patients – it triggered them to talk freely.

🔸Thereupon he was very curious about the twilight sleep and began his experiments with the drug scopolamine. He then concluded that during the state of twilight sleep due to this drug “The patient cannot create a lie because they would not have power to think or reason.”

🔸He further worked with the association of Texas Criminologists. He helped them in determining the guilt or innocence of suspects by using scopolamine.

🔸Consequently, he was honoured as a honorary member of National Police Commission and International Bureau of Identification for his wonderful Inventory of Narcoanalysis.

🔸Furthermore, he used the drug to diagnose and treat the insanity of patients with delusional disorder.

🔸Dr. House was a real revolutionary but unfortunately he died of stroke in the mid of his research and then the role of Scopolamine was taken over by other advanced drugs such as sodium amytal and sodium pentothal during 1930s.

The Discoverer of Scopolamine Confession