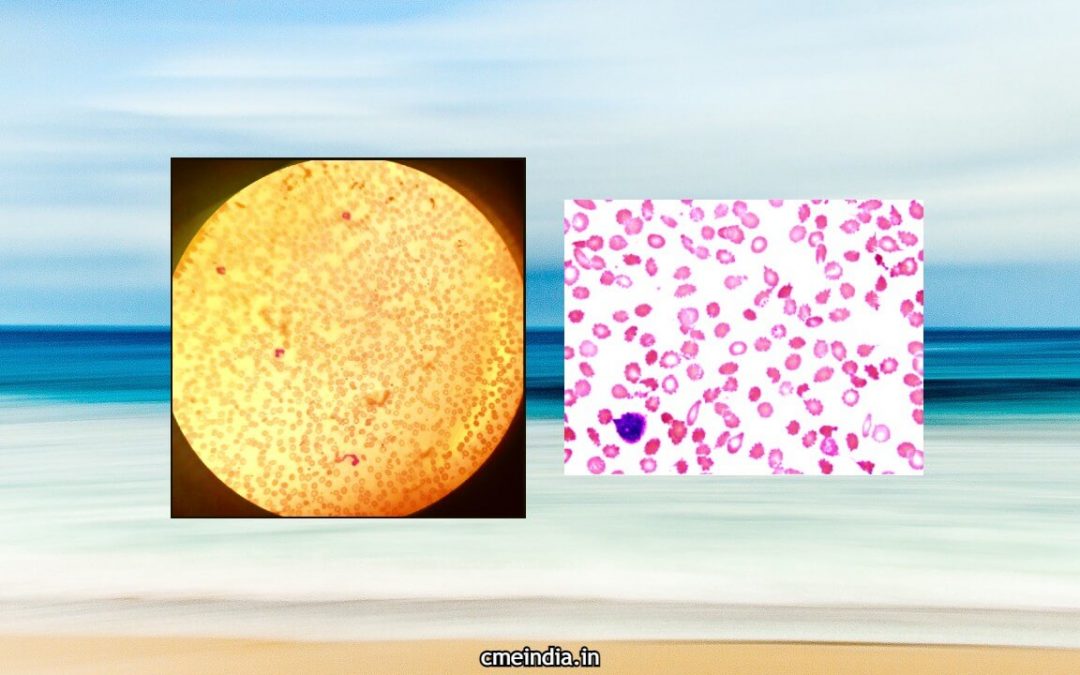 It’s a rough general rule that adult onset choreiform facial movements of forehead are s/o Huntington’s and those of lower face are drug induced, neuroacanthocytosis or NBIA and his gait can be called as the classic “Rubber Man gait” – excessive Truncal movements.

A family history in elder sister was there, who died with fall from height due to seizure

Another pt of Neuroacanthocytosis, seen some time back, with the correct wet unfixed film showing acanthocytes-