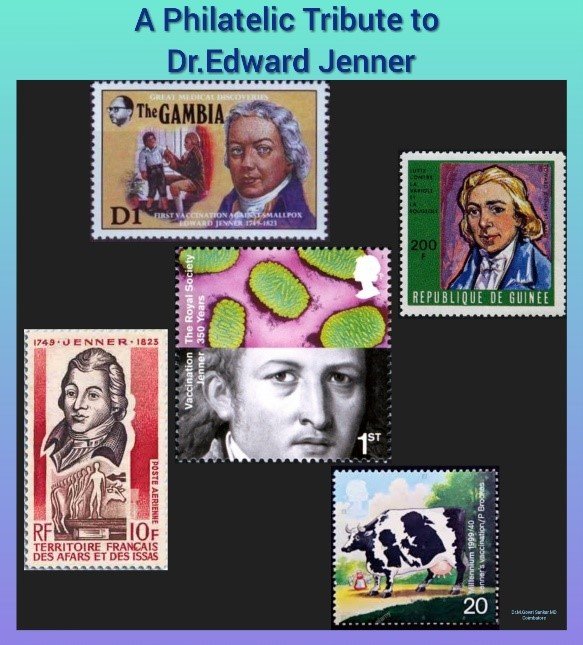 🔸Jenner was interested in science and nature even from school days. At the age of 14 years, he was apprenticed to a local surgeon.

🔸In the year 1770, he apprenticed in Anatomy and Surgery through the guidance of his mentor Dr. John Hunter, who was the most distinguished surgeon during his period.

🔸Later Jenner had done his MD at the University of St Andrews, Scotland in 1792.

🔸During his period, smallpox was the most frightening disease, which had shown high mortality and the ultimate result was scarred faces, deafness and blindness.

🔸However, Jenner had noticed that the local milkmaid was not affected with smallpox at that period. Subsequently, he heard a one young girl saying that “She would never have a smallpox because she had cowpox sometime before,” which made him think about vaccine.

🔸Thus he began his research on May 14, 1796. First, he inoculated to a 8 years old boy called James Phipps (son of Jenner’s gardener) with lymph taken from the cow pox blisters.

🔸After inoculation, Phipps had fever but not much illness. Few days later, he was inoculated with fresh small pox lesion but no such disease occurred. Finally, Jenner concluded that cowpox was a safer form of prevention and provided immunity against smallpox.

🔸Further, Jenner tested his investigation on a series of 23 subjects. But his experiments and observations were initially rejected by the Royal Society, London.

🔸Moreover, he published “An Inquiry in to the Causes and Effects of Variolae Vaccinae” in 1798. Therein he coined the term Vaccination (from the Latin word ‘vacca’ for cow).

🔸Eventually, his vaccination was accepted by the British government. Thus, Dr. Jenner saved people by his vaccination method from the dreadful disease. This became a turning point in his life.

🔸He had to give up his lifestyle and became a missionary of vaccination.

🔸In 1805, Napoleon Bonaparte, who was heading the war against British had involved his soldiers to get vaccinated against smallpox and based on the request of Dr. Jenner, he released English Prisoners of War.

🔸Hence, Napoleon remarked that “He could not refuse anything to one of the greatest benefactors of mankind.”