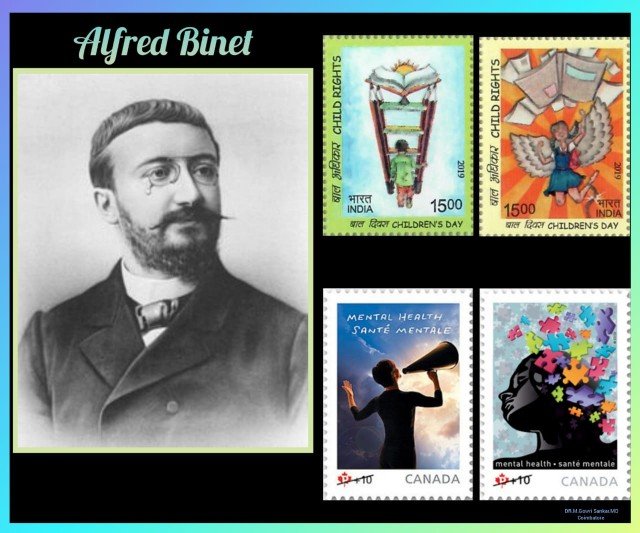 🔹Binet had initially studied Law in Paris and received his graduation in law during 1878. Then he got inspired to study medicine so he joined at the University of Paris to study physiology.
🔹Furthermore, he got influenced by the work of Dr. Jean-Martin Charcot, a French neurologist – also known as “The Founder of Modern Neurology.”
🔹While Binet was working at Dr. Charcot’s neurological laboratory at the Salpetriere Hospital in Paris, he did his extensive research on Hypnosis and Hysteria and then published his work on the same.
🔹The school education laws were changed during this time. Hence, Binet was requested by the French government to find out a way to detect children’s intelligence.
🔹Besides, he was a member of the “Free Society for the Psychological Study of Children,” which was dedicated to diagnose the developmental or intellectual deficiencies of young children.
🔹Thereupon, Binet, along with his young medical student Dr. Theodore Simon, worked on specifications and introduced the Intelligence test in 1905.
🔹Actually, the test involved thirty tasks of increasing difficulty. Most children at a particular age group were tested and shown average score.
🔹Eventually, “Binet-Simon Intelligence Quotient Scale” became a landmark achievement. This in turn helped to identify the children with learning difficulties and eventually it became a world-wide device used for measuring individual’s intelligence.
🔹In addition, Binet had published many books and articles. Further, his scale methods was published in the book named “The Experimental Study of Intelligence.”
🔹Thereafter, his scale method were revised in 1908 and then in 1911, and used as a template for the further development of newer scales.
🔹In 1916, a revised examination was released by the psychologist Lewis Terman at Stanford University. Later, it became known as the “Stanford-Binet test.”
🔹In fact, Terman released this test not only to identify the learning difficulties of the children but also to find children and adults who had above average levels of intelligence.
🔹Ultimately, Benet’s findings were way ahead of his time and although he did not quite realize the true worth of his contributions, his name has been cemented in the world of psychology.

The Experimental Psychologist of 20th Century