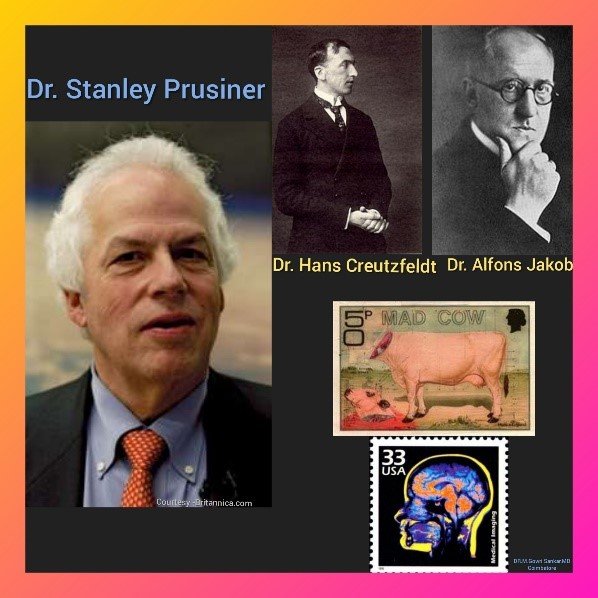 🔹It was believed that slow virus is responsible for CJD. But it took another six decades to diagnose the causative agent of CJD.

🔹Prusiner grew up in Cincinnati, Ohio. Initially, he studied chemistry and later completed his M.D. from the University of Pennsylvania School of Medicine.

🔹After gaining three years of experience at the National Institutes of Health, he completed his residentship in neurology at the University of California, San Francisco (UCSF).

🔹Then, he became a faculty of the same institute and did his extensive research in neurological diseases.

🔹There, Dr. Prusiner and his team made significant headway in identifying the causative of Bovine spongiform encephalopathy, which is commonly known as mad cow disease and in humans known as Creutzfeldt-Jakob disease.

🔹In 1982, after ten years of research, he and his team produced a preparation from a hamster brain that contained an infectious agent comprised of only a single protein.

🔹Subsequently, he coined the term Prion which was derived from the words “proteinaceous” & “infectious.”

🔅PrPc is a normal conformation.

🔅PrPSc is a disease-causing conformation, which results in destruction of brain.

🔹In fact, his discovery of prions added a new class of infectious agents to the known list of bacteria, viruses, fungi, and parasites.

🔹Ultimately, he was honoured for his meritorious service with the Nobel Prize for Medicine in 1997 for his discovery of prions.

🔅Slow Transmissible Diseases of the Nervous System in 1979.

🔹In addition to his research activities, Dr. Prusiner has established a neuroscience building at UCSF Mission Bay and dedicated it to bringing scientists together from all over the world to study neurological disorder. At present, he is the Director of the Institute for Neurodegenerative Diseases at UCSF.