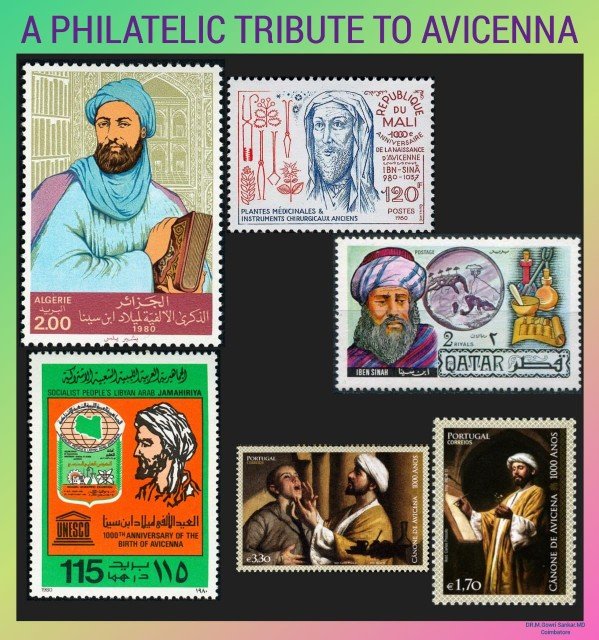 🔸Avicenna is known in the west as Ibn Sina in Arabic. He was considered one of the most brilliant figures in the history of medicine. He was born in a Persian family – Afshana, Iran (now part of Uzbekistan) .
🔸He was actually inspired by his father, who was a local governor for a village and his house was meant to be a meeting place for learned men.
🔸He was a child prodigy, who memorized Arabic poetry and books at the age of 10.
🔸He started studying medicine at the age of thirteen. When he was 18 years, he became an established physician.
🔸After treating the serious illness of Sultan of Bukhara, he became his court physician and was rewarded with access to the royal library. It had a number of unique books and manuscripts, which enriched his knowledge further.
🔸In fact, his form of medicines are based on the amalgamation of Hippocatic tradition, Aristotelian natural philosophy, Galenic humoral physiology and religious principles.
🔸Moreover, his two Arabic books “Kitab al-Shifa” (The Book of Healing) and “Al-Qanun fi al-Tibb” (The Canon of Medicine) are some of the popular books in the history of medicine.
🔸The Canon of Medicine was a five volume book with thousands of pages. It became the standard reference and textbook for physicians in European medical schools for centuries and was also translated into Latin, Hebrew, Turkish, Persian, and Irish Gaelic.
🔸His books have undoubtedly revealed vast knowledge in human physiology and anatomy. Some of his significant contributions in medicine are:
🔅Precisely described the optic and recurrent laryngeal nerves.
🔅Surgical interventions such as removal of diseased gallbladder.
🔅First to describe thyroid related orbitopathy and esophageal cancer.
🔅First to popularize the tendon repair.
🔅First to use a flexible catheter to irrigate the bladder and to relieve urinary retention.
🔅Described meningitis.
🔅Advocated the use of music for some mental illnesses.
🔅Recommended the care of the newborn infant.
🔅Emphasised the importance of neonatal and maternal hygiene, proper nutrition, umbilical cord care, neonatal eye care.
🔅Further, he emphasized the importance of breastfeeding and music during breastfeeding for the proper development of the mind.
🔸The father of modern medicine Sir William Osler, has described Avicenna as the “Author of the most famous medical textbook ever written” and also connotes his book as “A Medical Bible.”
🔸Avicenna was indeed a true polymath who made enormous contributions in the field of medicine as well as in physics, chemistry, geology, astronomy, philosophy and in poetry.

The Prince of Physicians