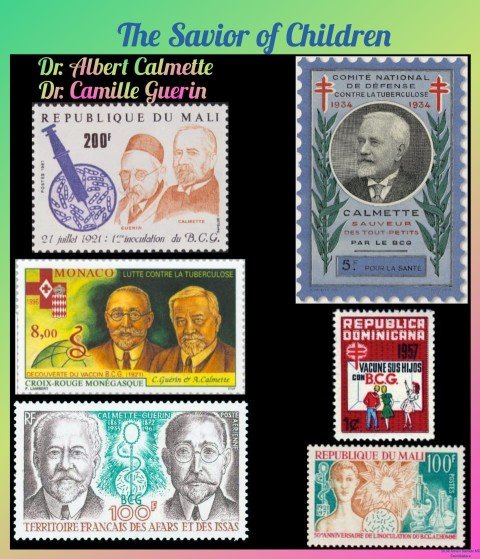 🔹Calmette had an ambition to serve in the Navy as a Physician. Hence, he joined the School of Naval Physicians at Brest in France during 1881.
🔹After completing his studies, he joined the Naval Medical Corps in Hong Kong, where he worked with Dr Patrick Manson, who had made significant discoveries in Parasitology and was the Founder of the Field of Tropical Medicine.
🔹Then he returned to his own country France where he got an opportunity to work with Sir Louis Pasteur and Dr. Emile Roux in Pasteurs Institute, Paris.
🔹Subsequently, Dr. Calmette was given a post to take care of the Pasteur Institute branch at Saigon (now in Vietnam) in the year 1891.
🔹He completely involved himself there and did his extensive research in the field of Toxicology & Immunology. In fact, he was very curious and studied about snake and bee venom, plant poisons and curare poisoning.
🔹Consequently, he was the first who developed the Antivenoms for Snake bites by using immune sera from  vaccinated horses, which was called as “Calmette’s Serum.”
🔹Furthermore, he played an important role in the development of First immune serum against the bubonic plague by collaborating with Dr. Alexandre Yersin.
🔹However, Dr. Calmette is best known for his groundbreaking work in BCG.
🔹The history of the BCG vaccine began by the collaboration of Dr. Calmette and Dr. Camille Guerin, who was a French bacteriologist, pupil of Sir Louis Pasteur.
🔹Together they discovered that small doses of injected and weakened Mycobacterium bovis bacilli could be used as a protective vaccine against TB in cattle and various species of monkey. After this revelation, they cultured the virulent bovine bacillus and found that successive culturing weakened the bacillus.
🔹In the year 1921, the bovine bacillus had been subcultured for 230 times and it was thus weakened. Thereby, they developed the BCG Vaccine which was believed to confer immunity without causing disease in humans.
🔹Actually, BCG is an abbreviation of “Bacillus Calmette-Guerin”, meaning the Bacilli of Calmette and Guerin.
🔹The first BCG vaccine was used among humans in 1921. Even today, the vaccine is used around the world to prevent TB infection.