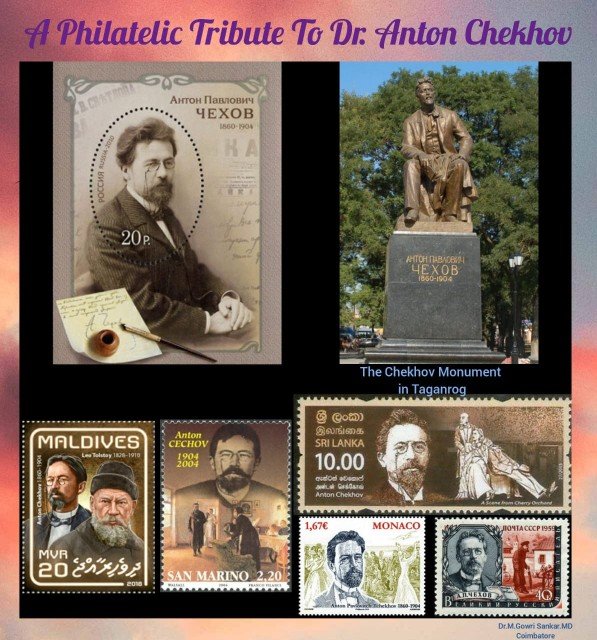 🔹Anton Chekhov is the celebrated master of the modern short story and playwrighting.
🔹He was born in Taganrog, Russia. His father was a grocery store owner. His mother used to tell stories to Chekhov and her five siblings.
🔹As his father failed in business, they faced financial challenges and hence his family moved to Moscow for survival.
🔹Basically, Chekhov was studious and aspired to study medicine. Hence, he enrolled to study medicine at the University of Moscow and completed his graduation in 1884.
🔹As he was greatly inspired by his mother’s storytelling, Anton Chekhov started writing short comics under a pen name for local magazines. He used that income for his education and supported his parents financially.
🔹After completion of his medical studies, Dr. Chekhov began his career as a General Practitioner. Also, his love for writing stories continued and he started publishing his works under his own name.
🔹Soon, his collection of short stories named as Motley stories got published in the newspaper New Times in 1886. His another successful story, The Steppe, earned the Pushkin Prize in 1888.
🔹In fact, he published more than 400 short stories before the age of 26 years. Most of his stories showed the influence of the major Russian writers of the 19th century, such as Leo Tolstoy and Fyodor Dostoyevsky.
🔹Apart from story writing, he was one of the outstanding literary figures, who contributed to the beginning of modernism in theatre. As a dramatist, his playwright has a unique mix of comedy and tragedy.
🔹Later, he became one of the most prominent dramatists in theater history. His masterpieces are The Seagull, Uncle Vanya, The Three Sisters and The Cherry Orchard.
🔹During his days, his playwright staged worldwide and influenced many writers and many actors including Marlon Brando.
🔹He was also a philatelist and collected stamps from many countries during his lifetime.
🔹He fell in love and married one of the actress, who acted in many of his plays in the Moscow Art Theatre. Sadly, he contracted tuberculosis and died early at the age of 44 years.
🔹Undoubtedly, Dr. Chekhov was a multifaceted person as a Russian physician, a supreme short story writer and a dramatist. His prolific writings made him celebrated as the Founder of modern short story.
🔹Today, his plays have been translated into many languages and are still being staged worldwide. Undoubtedly, his work continues to influence numerous future writers.

The Physician with Artistic Mind