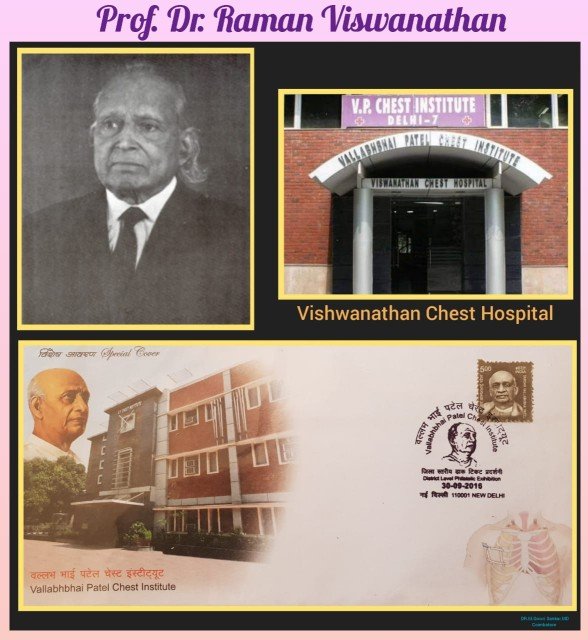 🔹Viswanathan was born in Nagarcoil, Tamil Nadu in 1889. Unfortunately, his mother expired when he was nine years old. So, he was brought up by his elder sister’s family.
🔹He passionately studied medicine and graduated from Madras Medical College, Chennai in 1926 and then obtained his MD in 1931. He further completed his MRCP (London) and became the member of Royal College of Physicians of London.
🔹After returning to India, he began his career as an Assistant professor of medicine at Madras Medical College and was promoted as the Professor of medicine at Andhra Medical College, Vizhag.
🔹Subsequently, he involved himself in the World War II as colonel in the Indian Medical Service and an officer incharge in the medical division.
🔹In the year 1938, he pursued his Diploma in Tuberculosis Diseases from Cardiff University School of Medicine, UK.
🔹Thereby, he became an adviser in tuberculosis and became the Deputy Director General of Health Services.
🔹In fact, he pioneered the development of new traditions and educational methods in the post independence era. He was the founder director of Vallabhbhai Patel Chest Institute, a postgraduate medical institute at Delhi in 1953.
🔹Furthermore, he involved himself in the establishment of several medical organizations, such as
🔅 National Academy of Medical Sciences.
🔅 Association of Chest Physicians of India.
🔅 Asthma and Bronchitis Foundation of India.
🔅 Indian Journal of Chest Diseases and Allied Sciences (IJCDAS).
🔹Simultaneously, he showed great interest in pulmonary tuberculosis and diseases of the chest throughout his life.
🔹Thereby, he became the first researcher to propose Tropical Eosinophilia in 1936. Through his studies, he proved that pathology of the disease as positive leucocyte adhesion phenomenon with M. bancrofti.
🔹Suddenly in the year 1955, there an explosive epidemic of frank jaundice occurred all over the urban areas in Delhi.
🔹Being a prime investigator, Dr. Viswanathan did an epidemiological study and finally identified the causative agent as Epidemic non-A-non-B hepatitis virus causing this water-borne hepatitis.
🔹Later, his treatise became a guide for discovering the Hepatitis E virus (HEV). Thereby, he made an imprint on hepatology by introducing this as one of the five recognized human hepatitis viruses in the world.
🔹Additionally, he conducted extensive researches on several other diseases such as lung atelectasis, bronchiectasis, emphysema, bagassosis, byssinosis and high altitude pulmonary oedema and published more than 230 research articles in reputed journals.
🔹Apart from that, he published several books such as Pulmonary Tuberculosis, Diseases of the Chest, Medical Problems of Old Age.
🔹Consequently, he earned many national and international awards for his extraordinary contributions:
🔅 Eugeno Morelli prize by the National Academy of Sciences, Italy.
🔅Forlanini Medal from Italian Tuberculosis Association.
🔅Dhanwantri prize of the National Sciences Academy.
🔅Padma Bhusan, third highest civilian award from Govt of India.
🔹In order to honour his devoted service:
🔅The Vallabhbhai Patel Chest Institute renamed the main hospital complex as Viswanathan Chest Hospital.
🔅A new species of Candida was named as “Candida viswanathii.”
🔅National Conference on Pulmonary Diseases (NAPCON) has instituted an annual oration, “Prof. Raman Viswanathan Memorial Chest Oration.”
🔹Ultimately, Dr. Viswanathan is recognized as multi-splendoured personality – A talented clinician, a brilliant academician, a prolific writer and a high calibre research worker. He finished his journey and died in 1982 in the centenary year of the discovery of tubercle bacillus by Dr. Robert Koch.