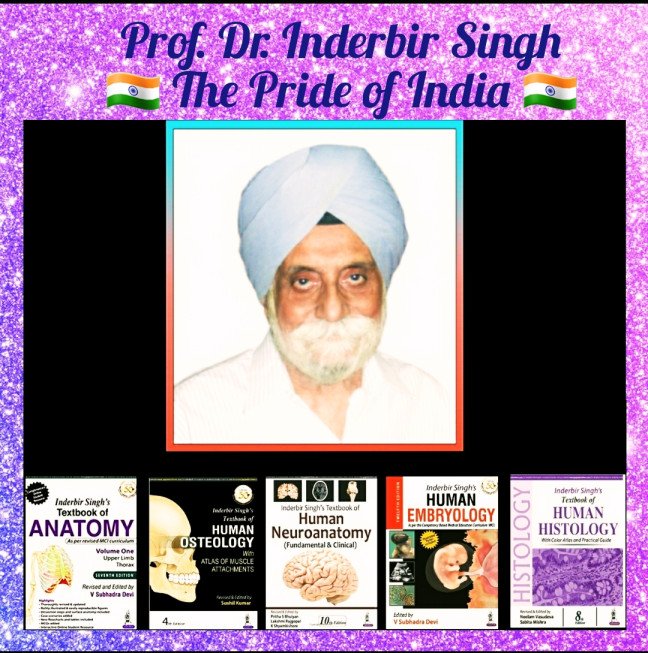 🔹He was also granted World Health Organization (WHO) Fellowship at the University of Cambridge in 1961.

🔹After completion of his studies, he joined as an Assistant Professor at Post Graduate Institute of Medical Sciences at Rohtak, Haryana in 1963 and was later promoted as a Professor of Anatomy at 1970. There he made his significant contributions in the field of Anatomy.

🔹In 1974, he published his first book on Human Embryology which earned him great success. Subsequently, he published many text books covering Gross Anatomy, Histology, Osteology and Neuroanatomy.

🔹Also, he had a great passion for teaching. He used to teach the anatomy by using different colours of chalks in blackboard. Further, he developed different staining methods in the field of histology, which are being widely used now-a-days.

🔹Apart from that, he made a creditable contribution in establishing Anatomy Museum in medical colleges at Amritsar, Patiala and Rohtak.

🔹His extraordinary contribution to medical education earned him many awards. Moreover, he was the first anatomist who received the Professor Indarjit Dewan Lifetime Achievement Award in 2012 at PGI Chandigarh.

🔹Besides, Dr. Inderbir was interested in painting and music. Also, he was skillful in accessing computer during his period. This enabled him to upgrade the academic and research fields from paper & pen to the digital world.

🔹Eventually, Dr. Inderbir Singh was recognized as a legendary anatomist, a prolific writer and a greatest teacher of his time. His books continue to guide UG & PG medical students and teachers even today.

A Doyen of Anatomy