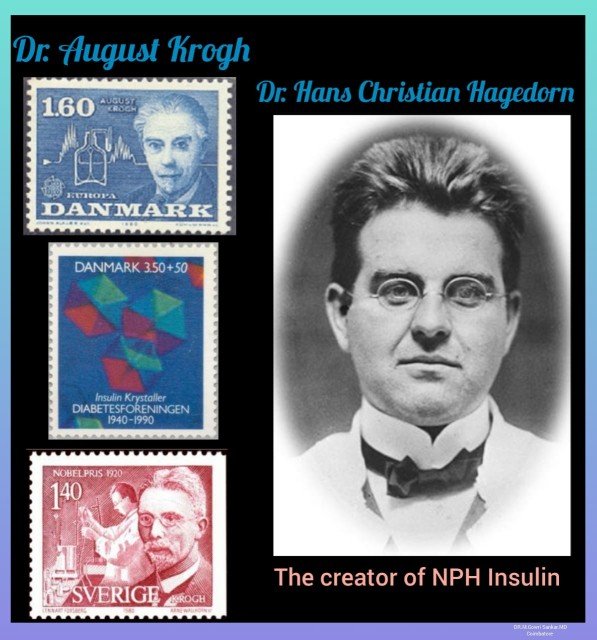 🔹Krogh was born in Denmark. His father was a shipbuilder. Krogh was a prodigious child. While growing, he got interested in Natural sciences and immersed himself in experiments.
🔹Also, he was inspired by the lecture of Prof. Christian Bohr, who was a Danish Physiologist famous for his Bohrs Effect.
🔹Then he enrolled himself to study MSc at the University of Copenhagen and also completed his PhD in 1903.
🔹After his studies, Dr. Krogh began his career as a lecturer in the University of Copenhagen and later he got promoted as a Professor and then became the Head of the first established laboratory for animal physiology.
🔹In his lifetime, he devised several instruments such as the Spirometer for respiration, the electromagnetic bicycle ergometer and a gas analysis apparatus.
🔹He further constructed his famous Microtonometer, which made it possible to determine the oxygen and carbon dioxide content of blood with great precision.
🔹Dr. Krogh was the first who explained “The absorption of oxygen and the elimination of carbon dioxide in the lungs takes place by diffusion process.”
🔹By using the intensive microscopical and histological methods, he ultimately proved about the opening and closing of blood capillaries in muscles. Consequently, he concluded that blood capillaries remained open while exercise and closed at the time of rest.
🔹In order to honour his marvelous work, he was bestowed with the most prestigious Nobel Prize for Physiology or Medicine in 1920 for his discovery of the mechanism of regulation of gas in blood capillaries in muscles.
🔹Subsequently in the year 1922, Dr. August Krogh and his wife Dr. Marie Krogh, who was a physician and researcher, were invited to deliver lectures about his medical research at the Yale University, United States.
🔹While on their tour to US, the couple heard about the beginning of new era on diabetes treated with insulin, which was discovered in 1921 by Dr. Banting and Best. As the couple got interested, they met Dr. Banting and Prof. Macleod and got permission to manufacture and sell the insulin in Denmark.
🔹After returning to Denmark, Dr. Krogh joined with Danish Physician Dr. Hans Christian Hagedorn, and carried out the research on insulin at the Laboratory of Zoophysiology in Krogh’s institute.
🔹They both succeeded in extracting insulin from a bovine pancreas in 1923 and thereupon the diabetic patients were treated with insulin successfully.
🔹Thereby the numerous lives were saved – as well as the life of Dr. Marie Korgh, who got diabetes that time.
🔹Thereafter, they founded an exclusive Insulin production company named Nordisk Insulin laboratorium in 1923 for mass production of Insulin.
🔹Later, their Nordisk Insulin laboratorium got merged with another existing insulin production company called Novo Therapeutic Laboratorium and formed as Novo Nordisk. Thus Dr. Krogh became one of the founders of our present Novo Nordisk.