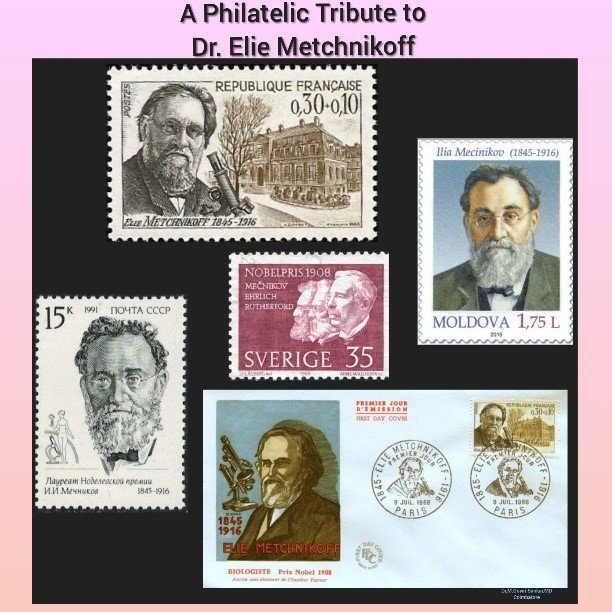 🔸After his studies, he joined as a faculty and was later promoted as the Professor of zoology and comparative anatomy at the University of Odessa (now Odessa National Mechnikov University), Ukraine.

🔸Due to the political turmoil, he shifted to Italy and continued his series of experiments in a private clinic.

🔸While doing an experiment in starfish larvae, he described the role of specialised phagocytic cells, subsequently renamed as neutrophils and polymorphonuclear leucocytes in the host response to injury, inflammation and infection.

🔸Through his experiment, he revealed that white blood cells work by encapsulating and destroying harmful bacteria and other microorganisms in the host.

🔸In order to extend his research, he went to Paris and met Louis Pasteur in 1888.

🔸Pasteur highly acknowledged Metchnikoff’s work and appointed him as the Head of laboratory at Pasteur Institute, where he serviced his next 28 years of life.

🔸Further, Metchnikoff had done his extensive research in the mechanism of innate immunity. He used more than 30 animal species to support his findings, and his laboratory published more than 200 scientific papers.

🔸Moreover, he published two volumes on the Comparative pathology of inflammation in 1892 and Immunity in infectious diseases, in 1901.

🔸His incomparable contributions in the field of medicine has earned him the consideration – the Father of cell-mediated immunity.

🔸Ultimately, Dr. Metchnikoff was honoured with the Nobel Prize in Medicine in 1908, jointly with Dr. Paul Ehrlich, who established the concept of humoral immunity. Both men are considered the founders of immunology.