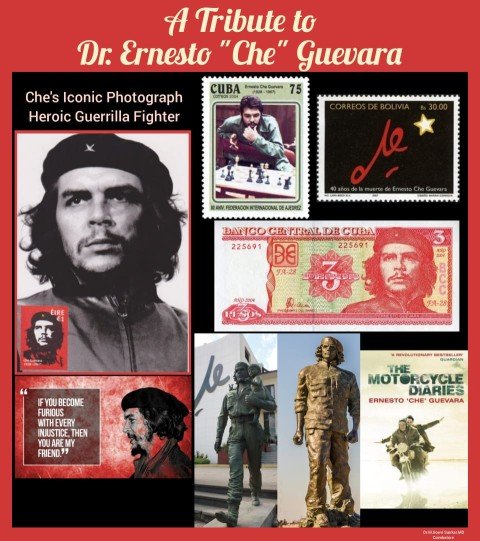 🔸Guevara was born as the eldest of five children in a middle-class Argentine family of Spanish-Irish descent.
🔸Since childhood, he suffered from asthma. But he was a great athlete, who played rugby and swimming.
🔸He was also interested in playing chess. In his early days, he enthusiastically read poems and life biographies. As well as, he used to have a political discussions often with his father.
🔸After graduating from high school with honors, Guevara entered to study medicine at the University of Buenos Aires.
🔸In fact, he was a young dynamic person during his college days. In 1950, he took the first solo expedition to the rural provinces of northern Argentina by his motorcycle – travelling around 4,500 km.
🔸Along with his friend biochemist Alberto Granado, he made his next expedition in 1951 to the South America – around 8,000 km for nine-months by motorcycle.
🔸In every part of the journey, Ernesto used to take notes in diary. Also, he spent time with neglected lepers and witnessed the wealth disparities and widespread poverty, hunger and disease all throughout Latin America.
🔸Thereby, the young Ernesto was fused with Marxism and convinced that Latin America’s problems could be solved by armed revolution against the dictator’s rule.
🔸After completion of his medical graduation in 1953, he actively involved himself in politics in his native Argentina and then in neighboring countries Bolivia and Guatemala.
🔸During his days in Guatemala, he became a dedicated Marxist and headed a team to bring about a social revolution.
🔸It was about this time that Ernesto acquired his nickname “Che,” an Argentine expression akin to “friend” or “buddy.”
🔸Then in 1955, he met Cuban revolutionary leader Fidel Castro and his brother Raul Castro in Mexico. Che became part of Fidel Castro’s efforts to overthrow the dictator Batista’s Government in Cuba.
🔸Actually, Che served as a troop physician as well as military advisor to Castro and led guerrilla troops in battles against Batista forces.
🔸Initially, his team of 81 men landed into the mountains of Cuban province. Took part in long guerrilla war for 2 years attacking the Batista’s Government.
🔸Che was assigned to capture one of the main cities Santa Clara in Cuba. Che with his 300 ragged men, poorly armed had fought against 2,500 armed men with tanks of Batista’s force and successfully captured the city.
🔸After a long war, Fidel Castro took the power of Cuba and became the Prime minister of Cuba in 1959.
🔸At that time, Che held key political offices. He became president of the Cuban National Bank, honoured to sign the new currency simply “Che”. He also held the post of the honorable minister of industry and helped shape the country’s trade and welfare.
🔸Moreover, he served as an Ambassador for Cuba and travelled the world to establish relations with other countries. Also, he was privileged to address the United Nations General Assembly on 1964.
🔸After establishing Cuba’s development, he wanted to export the ideas of Cuba’s revolution to other parts of the world.
🔸Hence, Che left his post and took the leadership to train guerrilla troops in the support of a revolution in Congo and in Bolivia to throw the dictator Government.
🔸While in Bolivia, Che had a small guerrilla force to support his efforts. When, Bolivian military forcefully attacked Che’s troops, unfortunately, Che was captured and shot nine times. He died at his age of 39 years.
🔸His body was secretly buried, his hands were cut off, they were preserved in formaldehyde so that his fingerprints could be used to confirm his identity.
🔸After 30 years of his death in 1997, his remains were discovered, exhumed and returned to Cuba, where he was given a second burial with full honors in the Cuban city of Santa Clara.
🔸In fact, Che’s life continues to be a subject of great public interest and his diary notes during his trip has subsequently been made into a book, “The Motorcycle Diaries,” which became an award-winning movie in 2004.
🔸Today, Che is considered by many as a symbol of rebellion and idealism. His stylized visage “Heroic Guerrilla Fighter” is an iconic photograph of the 20th century. His whiskered face adorned in T-shirts and posters throughout the world remains an enduring inspiration for revolutionary action.
🔸Once, Nelson Mandela referred Che as “An inspiration for every human being who loves freedom.”