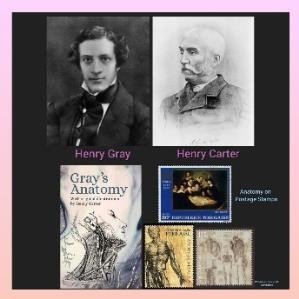 🔸Henry Gray studied medicine in 1845 at St George Hospital, London. He was a painstaking and a methodological student who learnt anatomy by dissecting each organ by himself.

🔸He published several articles, although he was a student.

🔸At his age of 25 years, he was selected as a Fellow of the Royal Society and in the same year he obtained the Astley Cooper Prize for his dissertation on “The Structure and Use of Spleen.”

🔸In 1851, he was appointed as a Demonstrator of Anatomy in St George Hospital and later he was promoted to the position of a lecturer.

🔸Further, he decided to write a book in 1855 with the help of his colleague as well as his friend Dr. Henry Vandyke Carter, who was a skilled illustrator.

🔸In 1858, they jointly published the first edition of anatomy entitled “Anatomy, Descriptive & Surgical” which covered 750 Pages and 363 Illustrations. It was officially titled as “Gray’s Anatomy” in the year 1938.

🔸The most famed Anatomist in history, Dr. Gray unfortunately died when he contracted smallpox – at the age of 34 years while he was taking care of his 10 years old nephew.

🔸Presently, Gray’s Anatomy book is running its 41st edition (2015) and still a definite reference work on human anatomy in the field of medicine.

The Creator of Iconic Book – The Doctor’s Bible