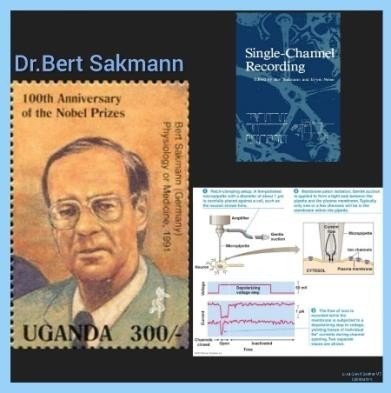 🔸He started working as a scientific assistant in Department of Neurobiology at Munich’s Max-Planck Institute for Psychiatry and then in Biophysical chemistry. There he worked with Dr. Erwin Neher, a German Biophysicist.

🔸Further, they jointly invented the Patch-Clamp Technique. By using the technique, they became the first to establish the existence of Single Ion channels in cell membrane.

🔸This remarkable breakthrough paved a new way of understanding the Membrane Physiology and the ground breaking invention of Patch-Clamp technique was used to study the individual ions channels.

🔸Both were honoured with shared Nobel Prize in Medicine or Physiology in the year 1991 for discoveries concerning the single Ion channels in cell membrane.

🔸Moreover, they published a book called Single Channel Recording (in 1983, 2005). It consists of a variety of techniques used to study the membrane channels.

🔸It also created a new concept of using therapeutic for targeting on Ion channels for these diseases.