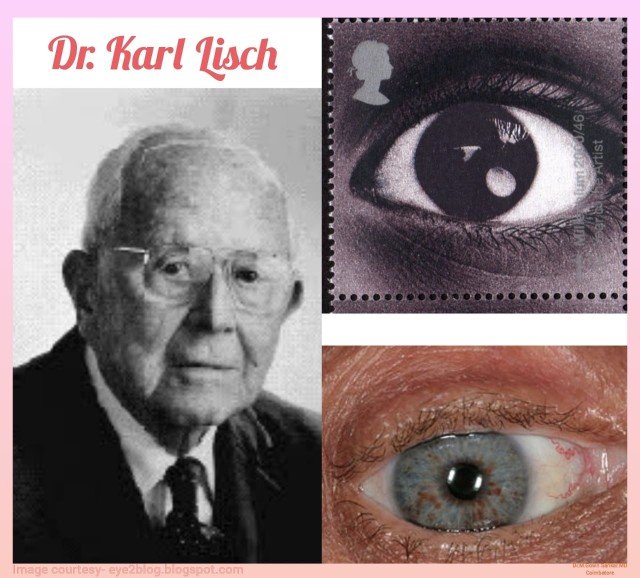 🔹Lisch was born as a son to a Physician. He studied medicine in Vienna, Zurich and got his Graduation🎓 from University of Innsbruck in 1931.
🔹He worked in University eye clinic in Vienna, Innsbruck and Munich and became the Head of Ophthalmology in Hospital Worgl in 1947 and served there until his retirement in 1980.
🔹He was a famous Ophthalmologist in his period, so he used to get patients from all over European continent. He was also recognized as “Ophthalmological Pope.”
🔹Further, he was very much interested in scientific research. He published more than 120 scientific papers.
🔹In 1937, he was the first who described the Hallmark Ophthalmological feature of Neurofibromatosis Type 1 or Von Recklinghausen’s disease, a small well-defined brown colored nodules on the surface of iris called as “Lisch Nodules.”
🔹As a result, his tremendous work was honored with many awards including Medal of Honor from the American Neurofibromatosis society in 1992.