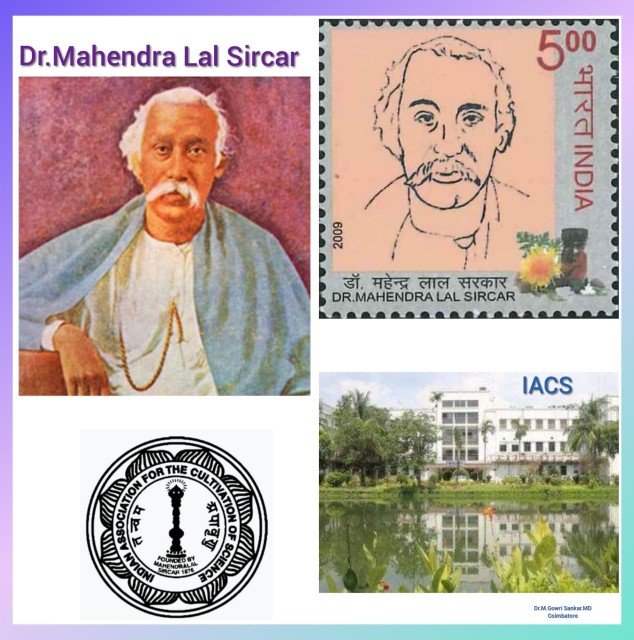 🔹Mahendralal Sarkar was born at the small village called Paikpara in Howrah district near Kolkata. Unfortunately, he lost his parents at his very young age. So he was brought up by his maternal uncle.
🔹In fact, he was a very brilliant student and learned Bengali & English fluently. He also passed the scholarship examination and then joined the Hindu College. Later, he got transferred to Calcutta Medical College to study medicine.
🔹Since he had a brilliant academic career with several scholarships, he got the degree of MD in 1863. He became the second MD of the Calcutta University after Dr. Chandrakumar De in 1862. This is considered one his remarkable achievements.
🔹Moreover, Dr. Sarkar had a great zeal in science while Indians were lacking the same at that time. Hence, he pushed to start a campaign for a national science association in 1867. He formed the association with the aim of turning out a pool of scientists for national reconstruction.
🔹After a great struggle, he established “The  Indian Association for the Cultivation of Science” (IACS) in the year 1876. Which was the India’s First National Science Association and he was its First Director.
🔹Thereby, he focused on the fundamental research on basic sciences in IACS. Subsequently, he established the exclusive Basic Science Department and its laboratory and also organized regular lectures and demonstrations for the public to popularise science.
🔹Furthermore, the IACS became the platform for raising many scientists of India including Nobel Laureate Sir CV Raman, K. S. Krishnan (Physicist & co-discoverer of Raman scattering) and Meghnand Saha (Astrophysicist, known for his Saha ionization equation, used to describe chemical and physical conditions in stars).
🔹At one particular moment in his career, he was greatly influenced on Homoeopathy by the effect of reading “The Philosophy of Homeopathy” written by William Morgan. He became a leading Homoeopath of Kolkata.
🔹Besides, he was a personal physician of Sri Ramakrishna Paramahansa and was close to him.
🔹Today IACS is an Institute of Higher Learning Center in Kolkata, spread over 9.5 acres. Also, it has been granted the status of Deemed University in 2018.
🔹His marvellous contributions has made Dr. Sarkar a celebrated Physician, a brilliant homeopath, a social reformer and an enthusiastic propagator of science education and research.

A Pioneer of Indian Scientific Research