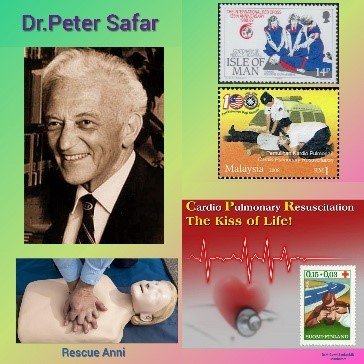 🔹Safar was born in a physician family in Vienna, Austria. His father was an Ophthalmologist and his mother was a Paediatrician.

🔹Thereafter, Dr. Safar associated with an American Physician Dr. James Elam, and together developed the life saving techniques of mouth-to-mouth resuscitation with closed chest cardiac compression, which is known commonly as Cardio Pulmonary Resuscitation or CPR.

🔹The Duo also introduced the ABC rule in emergency

🔹This painful experience pushed him to focus on Cardio-Pulmonary – Cerebral Resuscitation.

🔹Thereafter, he was praised for his creation of Multidisciplinary Medical- Surgical Intensive Care Unit and also for his first Paramedical ambulance services in the United States. Also, he established the World’s first Critical Care Fellowship Program.

🔹Furthermore, he created the guidelines for Emergency Medical Services or EMS and founded the International Resuscitation Research Centre at the University of Pittsburgh in 1979.

🔹Moreover, he published around 1300 scientific papers and 30 books and manuals. His book ABC of Resuscitation, published in the year 1957, actually established the basis for mass training of CPR.

🔹In fact, throughout his life, Dr. Safar kept campaigning for his long term goal – “To save the hearts and brains of those too young to die.”

The Michelangelo of Acute Medicine