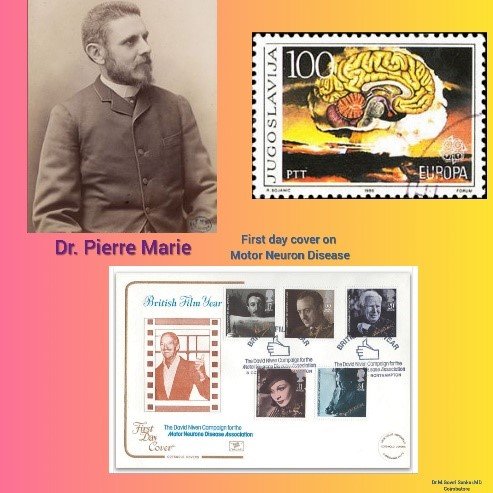 🔸Marie was the student of the famous neurologist Dr. Jean Martin Charcot at the Salpetriere Hospital in Paris.

🔸After completion of his medical studies, Dr. Marie started his career in the Department of Pathological anatomy. Then he became the Professor of Neurology at the University of Paris and served there from 1907 to 1925.

🔸Subsequently, he was the first to describe about Acromegaly in 1886 and traced the disease occurrence to the pituitary gland tumour.

🔸His further analysis on disease became a significant contribution in the Emerging Field of Endocrinology.

🔸Moreover, he revealed about several neurological diseases such as Charcot-Marie-Tooth’s disease, the most common disease in a group of conditions known as “Hereditary Motor and Sensory Neuropathies” – and was named along with Dr. Jean-Martin Charcot and Dr. Howard Henry Tooth.

🔸Also, Marie was honoured to be the first to describe Hypertrophic pulmonary osteoarthropathy, cleido-cranialdysostosis and rhizomelic spondylosis.

🔅 Marie’s anarthria – Inability to articulate words due to cerebral lesions.

🔸Ultimately, his works led to incontestable advances in the medical sciences that transcended his time.