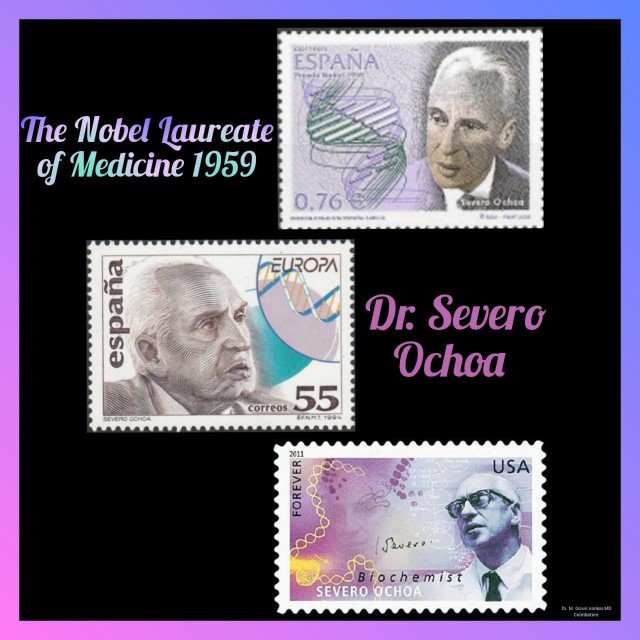 🔹Severo Ochoa was born in Spain as the youngest of seven children. Unfortunately, he lost his father at his young age of seven and he was brought up by his mother. While growing, he was inspired by the work of Spanish Neurologist and Nobel laureate Dr. Santiago Ramon y Cajal.
🔹Therefore, he joined in the University of Madrid Medical School in 1923, where he was eager to work under Cajal, but unexpectedly Cajal retired around that period.
🔹Then he continued the studies under the guidance of his professor Dr. Juan Negrin, who encouraged Dr. Ochoa to research on isolation of creatinine from urine.
🔹Further, Dr. Ochoa successfully developed a method to measure muscle creatinine levels. Subsequently, his work was published as “A micromethod for the estimation of total creatinine in muscle” in the Journal of Biological chemistry.
🔹After completion of his studies, he was invited to join in Otto Meyerhof’s Laboratory at Berlin. Where he got an opportunity to work with Dr. Meyerhof, who was a Nobel laureate for his work on muscle metabolism, including glycolysis.
🔹Furthermore, he got interested in enzymology while he was working as a postdoctoral fellow with Dr H W Dudley in the laboratory of Sir Henry Dale in England. This was the turning point in his career and it became his lifelong interest.
🔹Additionally, Dr. Ochoa studied Glycolysis in Heart Muscle and described several basic steps of carbohydrate and fatty acid metabolism and nucleic acid synthesis.
🔹His other significant accomplishments are the isolation of several enzymes and catalysing steps of the Krebs cycle, as well as the biological functions of Vitamin B1.
🔹However, he discovered the powerful enzyme called “Polynucleotide phosphorylase.” In fact, his discovery of this critical enzyme was used for “the synthesis of artificial RNA” and laid the foundation for the understanding of the genetic code.
🔹Ultimately, he was honoured with more than 30 honorary degrees from universities across the world for his many scientific accomplishments.
🔹His discovery of the enzyme had enabled him to synthesize RNA. Thus he received the honorable Nobel Prize in Physiology or Medicine in 1959 – shared with Dr. Arthur Kornberg, who synthesised DNA.
🔹In order to showcase his remarkable impact on the world of science, the “Asteroid 117435 Severo ochoa” was named in his honour.

A Physician Behind RNA