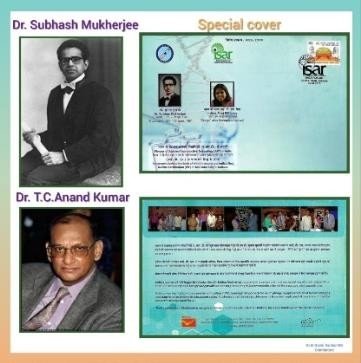 💠Creator of First IVF in India

🔸Mukherjee was born in the town of Hazaribagh (now in Jharkhand state) India.

🔸His father was a doctor. Mukherjee got influenced by his father, so he pursued medicine at Calcutta Medical College and graduated in 1955 with an honour’s degree in Physiology.

🔸He created the World’s second and India’s First In-Vitro Fertilization on October 3, 1978 and pioneered with the help of co-scientist and some general apparatus & a refrigerator.

🔸India’s first test tube baby Durga (Kanupriya) was born in 67 days after the first IVF was done by Dr. Robert Edwards in U.K.

🔸Instead of being honoured, Dr. Mukherjee was criticised for this new development and penalized for the same.

🔸Ultimately, his research paper was termed as absolutely bogus. This completely destroyed him and he committed suicide in 1981.

🔸His discovery came to light by the initiative taken by Dr. T.C Anand Kumar, who was credited for his achievement of first human test tube baby of India on August 16th 1986.

🔸While attending a Science conference in 1997 at Calcutta Dr. Mukherjee’s hand written documents were handed over to Dr. Anand Kumar. After scrutinizing and discussing with Durga’s parents, he concluded that Dr. Mukerjee preceded him by eight years.

🔸By the effort of Dr. Anand Kumar in 2002, the ICMR recognized Dr. Mukherjee’s work and acknowledged him as the Architect of India’s First Test Tube Baby.

🔸In 2003, on her 25th Birthday, as well as, the 25th Anniversary of IVF in India, Durga was honoured in a big conference on IVF held at Bangalore – organised by Dr. Anand Kumar.

🔸There she exposed her identity and said “I am proud to be living example of work of a genius.”

The Genius we failed to appreciate and nurture.