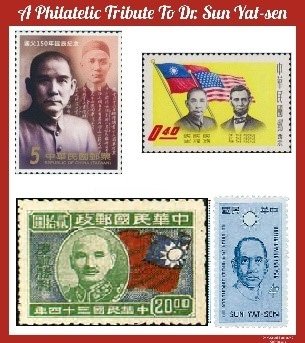 🔹Sun Yat-sen was born in a village called Cuiheng in China. His father was a farmer and farming was his family occupation.

🔹Sun had his basic training in the Chinese classics in his village school and then he was sent to a place named Honolulu in the Kingdom of Hawaii, where he enrolled himself in a college to study Western science by the support of his elder brother.

🔹He got inspired by the scientific medicine, hence, he studied medicine at the Guangzhou Boji Hospital during 1886. Subsequently, he got recognized as one of the first Chinese students who graduated from the Hong Kong College of Medicine in 1892.

🔹Further, he stepped into revolutionary activities to overthrow of the Qing Dynasty (the last imperial dynasty of China) by adopting an extremely conservative approach.

🔹Therefore, he gave up his medical practice and committed himself to the transformation of China into a western style constitutional power. In 1894, he established the Revive China Society – It was his first step towards a full-fledged revolutionary activity in order to bring forth a Republic China.

🔹The Qing government had put a price on his head. So, he moved out from China and spent almost sixteen years of his life in countries such as US, Canada, Japan, Singapore and Europe. Meanwhile, Sun raised funds and created awareness for his revolutionary cause.

🔹On October 1911, a military rebellion ended the rule of Qing Dynasty. Thereafter, Sun returned to China and was elected as the First President of the Republic of China.

🔹In fact, Dr. Sun Yat-sen was highly influenced by the Abraham Lincoln’s concept of Democracy – Government of the people, by the people & for the people. Thereby, he framed “The Three Principles of the People” – Nationalism, Socialism & Sovereignty.

🔹Additionally, he founded the Kuomintang Party, serving as its first leader. Through the party, he paved the way for the reunification of China. Therefore, he became a uniting figure in post-Imperial China. But unfortunately, he died of lung cancer during the process.

🔹For his dedication towards the Chinese people and his ideals of western democracy, Dr. Sun Yat-sen is today recognized as the “Father of the Nation” in Taiwan.

A Physician who became a National Leader