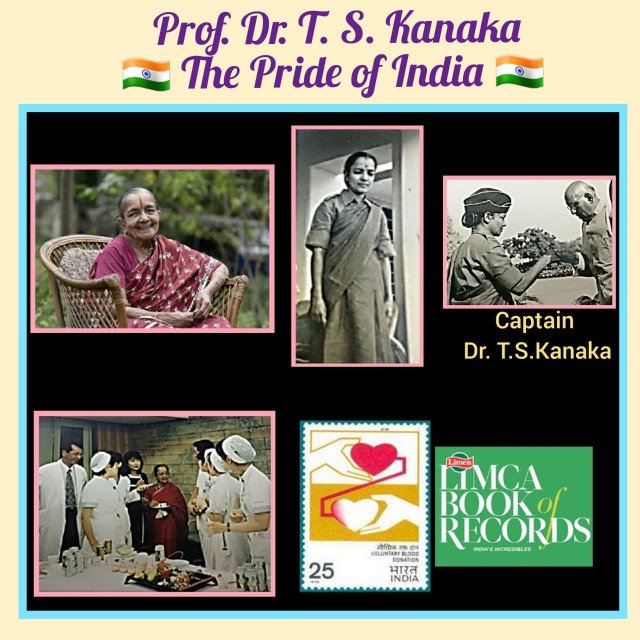 🔹Thanjavur Santhanakrishna Kanaka was born in 1932. She was raised in Chennai as one of the eight children of Santhanakrishna and Padmavathi couple. Her father was the Deputy Director of Public Instruction and the Principal of Madras Teachers College.

🔹She completed her MBBS in 1954 and did MS in General Surgery at Madras Medical College (MMC) in 1963.

🔹While completing the studies, she volunteered herself for India-China war as an Army medical officer for two years.

🔹After the war period, she did her M.Ch in Neurosurgery at Madras Medical College under the mentorship of Prof. B. Ramamurthi and received her graduated in 1968.

🔹In the 1960s, she did a lot of pioneering work in Stereotactic surgery, led by the pioneer Neurosurgeons Prof. Dr. V. Balasubramaniam and Prof. Dr. S. Kalyanaraman.

🔹During that time, the stereotactic procedures were initially taken up and happening in only three centres in the World – Tokyo (Japan), Frankfurt (Germany) and Madras (India). The team brought MMC international acclaim in the field of stereotactic surgery.

🔹Later, she successfully completed her Ph.D. in Stereotactic surgery in 1972. In the 1980s she also did Fellowship in Stereotactic Neurosurgery at the University of California at Los Angeles (UCLA).

🔹Further, in her profession, she was hailed as the first neurosurgeon of India, who performed Chronic Electrode Implants in the Brain and also performed Deep Brain Stimulation in 1975. Deep brain stimulation and cerebral palsy remained cardinal areas of interest in her medical career.

🔹In fact, Dr.Kanaka was very passionate in her field and retired as Professor of Neurosurgery from the Institute of Neurology, Madras Medical College in 1990.

🔹As soon as she retired from her professional service, she started to serve underprivileged and elderly people of local community and she established a centre by offering all her pension benefits.

🔹That centre was named after her parents – Sri Santhana Krishna Padmavathi Health Care and Research Foundation at Chrompet, Chennai, where she offered free medical checkups, yoga classes and acupuncture.

🔹Ultimately, she was honoured with several awards for her meritorious service and she became the Honorary President of the Asian Women’s Neurosurgical Association in 1996.

🔹Apart from her glorious accomplishments in the field of neurology, Prof. Dr. Kanaka is well known for blood donation. She was actually listed in the Limca Book of Records for donating blood an incredible 139 times in her lifetime.

🔹Prof. Dr.T.S.Kanaka was a good academician and clinician – recognized as a trailblazer who laid down the path for women and mentored many women neurosurgeons and devoted her entire life in serving the needs of patients.

A Queen of Neurosurgery

The Epitome of Social Service