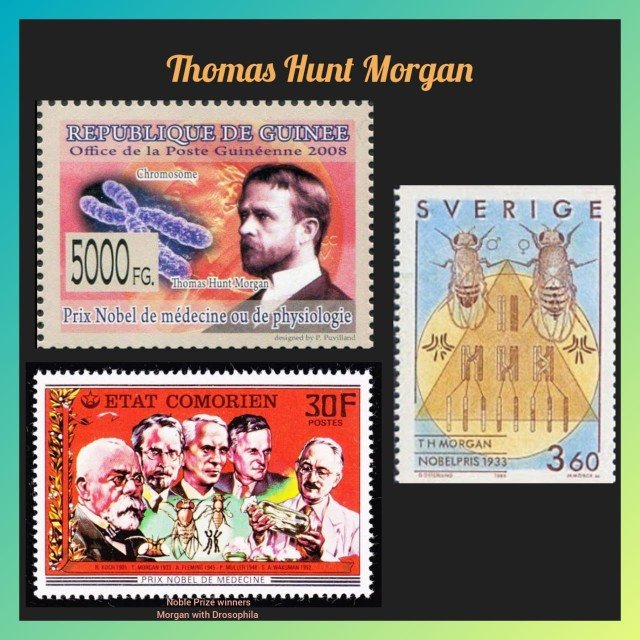 🔹Morgan, while he was a young boy, loved to inspect the countryside wild life and fossils. He used to collect samples of them.
🔹Ultimately, his interest led him to study zoology at Johns Hopkins University. He then received his graduation in 1886. Later, he did his Ph.D in biology.
🔷 Thereafter, he joined work at Columbia University in 1904 and then he became a Professor of Experimental Zoology.
🔹Simultaneously, he was very curious about species variation, which led him to do a ground breaking research on genetics by using Fruit flies (Drosophila).
🔹Thereupon, he established the exclusive “Fly Room” at Columbia University for his experimental work.
🔹In fact, he stayed in a 16 X 23 feet room for 17 years to do his research, where he studied about thousands of fruit flies and their successive generations.
🔹One fine day during his experiment, he was surprised to find a single mutant white-eyed male among a swarm of red-eyed fruit flies.
🔹When he bred the white-eyed male with a red-eyed female, all of the offspring were red-eyed. However, a second generation had produced some additional white-eyed males. He then realized that hereditary traits were carried out by specific chromosomes, and those traits called as “Sex-Linked or X-Linked inheritance.”
🔹Thereby, he discovered that the gene for eye color in fruit flies is a sex linked trait carried on by Y chromosomes. He was the first to postulate the connection between eye color in fruit flies and human colour blindness.
🔹He further proposed that chromosomes contain collections of smaller units called Genes (Gene is derived from the Greek genesis for birth and genos for origin).
🔹Based on that, Morgan had developed his investigations and provided the proof for the:
🔅Chromosomal theory of heredity
🔅Genetic linkage
🔅Chromosomal crossing over
🔅Non-disjunction.
🔹 Furthermore, he published about 375 Scientific articles & books 📚 such as:
🔅Evolution and Adaptation (1903)
🔅A Critique of the Theory of Evolution (1916)
🔅Heredity and Sex (1913)
🔅The Mechanism of Mendelian Heredity (1915)
🔅The Theory of the Gene (1926)
🔅Experimental Embryology (1927)
🔅Embryology and Genetics (1934)
🔹Consequently, Dr. Morgan was honoured with Nobel Prize for Medicine for establishing the chromosomal theory of inheritance in 1933.
🔹The Division of Biology that Dr. Morgan had initiated at the California Institute has produced seven Nobel Prize winners so far. Today, his name “Morgan” has become the unit for measuring the distances along chromosomes.

A Man Who Unfold the Secrets of Genetic Traits.