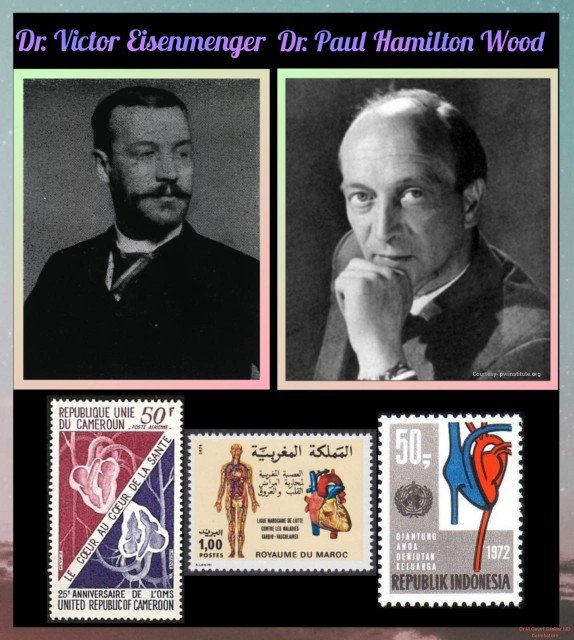 🔸Eisenmenger was born in Vienna. His father was a portrait painter and a professor at the Academy of Fine Arts, Vienna.
🔸Even from his young days, he had great interest in arts as well as in science. He then studied medicine at the University of Vienna and graduated in 1889.
🔸After completion of his studies, he worked in a clinic for a number of years. After his successful treatment for the illness of Duke (Emperor) of Austria, he became a personal physician for royal family of Austria.
🔸In fact, Eisenmenger had spent most of his career in treating royal families. He also married a women who was from royal background.
🔸Later, he published a book consisting his 20 years experience as personal physician to royal families. In his book, he included his medical experiments and drug trials which were supported by Duke. Also, he published few medical articles.
🔸Subsequently, he published a paper entitled “Congenital Defects of the Ventricular System” in German Medical Journal in German language in 1897.
🔸In his paper, he was the first to describe the history and post mortem details of 32 year male with large Ventricular Septal Defect with the symptoms of dyspnea and the clinical findings of cyanosis and clubbing.
🔸However, all his work came to limelight exactly after 60 yrs.
🔸It was Dr. Paul Hamilton Wood (1907-1962), an India-born British cardiologist, who had defined “Pulmonary hypertension with reversed interventricular shunt in congenital heart disease” as Eisenmenger syndrome during his prestigious Croonian Lectures at the Royal College of Physicians in 1958.
🔸Thus, the work of Dr. Victor Eisenmenger was acknowledged and his name was engraved in medical eternity.