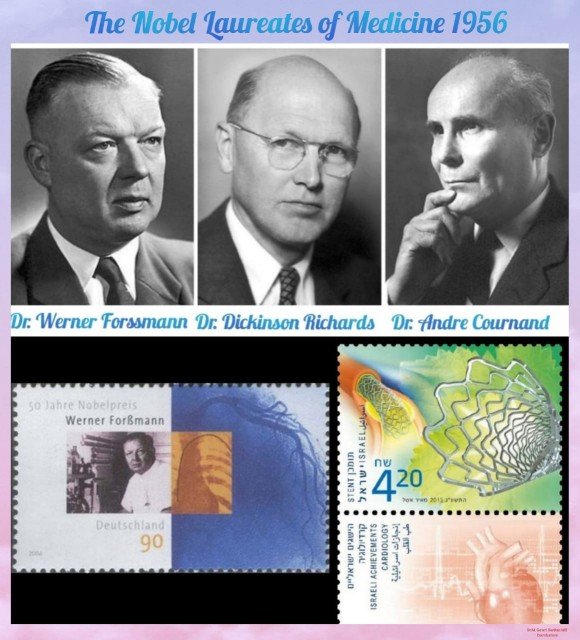 🔸Forssmann was raised by his mother as his father was killed in First World War. He studied medicine at the University of Berlin and received his graduation in 1928.
🔸While doing his internship itself, he involved himself in research. He began to find a safe way to inject drugs for cardiac resuscitation. Consequently, he determined that catheterization was the key.
🔸Subsequently, he planned for Self-Experimentation in 1929, so he anesthetized his own elbow, inserted a catheter in to his antecubital vein and catheter dangling from his arm, simultaneously, he proceeded to the x-ray room where he documented the catheter’s position in his right atrium.
🔸Thereby, he proved that a catheter could be inserted safely into a human heart. But his daring experiment was greatly discouraged and he faced disciplinary actions. Therefore, he abandoned his cardiology internship and switched over to urology.
🔸Due to a professional frustrations, he joined and served as a medical officer in German army for Second World War. Unfortunately, he was imprisoned by US army and released after some time.
🔸Later, he worked as a lumberjack (manual worker) and as a practicing doctor in a remote place.
🔸After two decades of his experimentation, two American scientists Andre F. Cournand and Dickinson W. Richards, from Columbia University, inspired by Dr. Forssmann’s investigation, developed new methods to diagnoses cardiac disease by using cardiac catheters.
🔸For their groundbreaking discovery of cardiac catheterization, Dr. Cournand, Dr. Richards and Dr. Forssmann were honoured together with Nobel Prize in Physiology or Medicine in 1956.
🔸After the Noble prize ceremony, Dr. Forssmann was celebrated and honored as follows…
🔅Honorary Professor of Surgery and Urology at the University of Main
🔅Honorary Professor at the National University of Cordoba
🔅Member of the Executive Board of the German Society of Surgery
🔅Member of the American College of Chest Physicians
🔅Honorary member of the Swedish Society of Cardiology
🔅Honorary member of German Society of Urology.
🔸Furthermore, two of his sons had an outstanding clinical careers…
🔅Wolf Forssmann was the first to isolate the Atrial natriuretic peptide and
🔅Bernd Forssmann helped to develop the lithotriptor method for removing kidney stones.

A Physician Who Laid the Foundation of Modern Cardiology