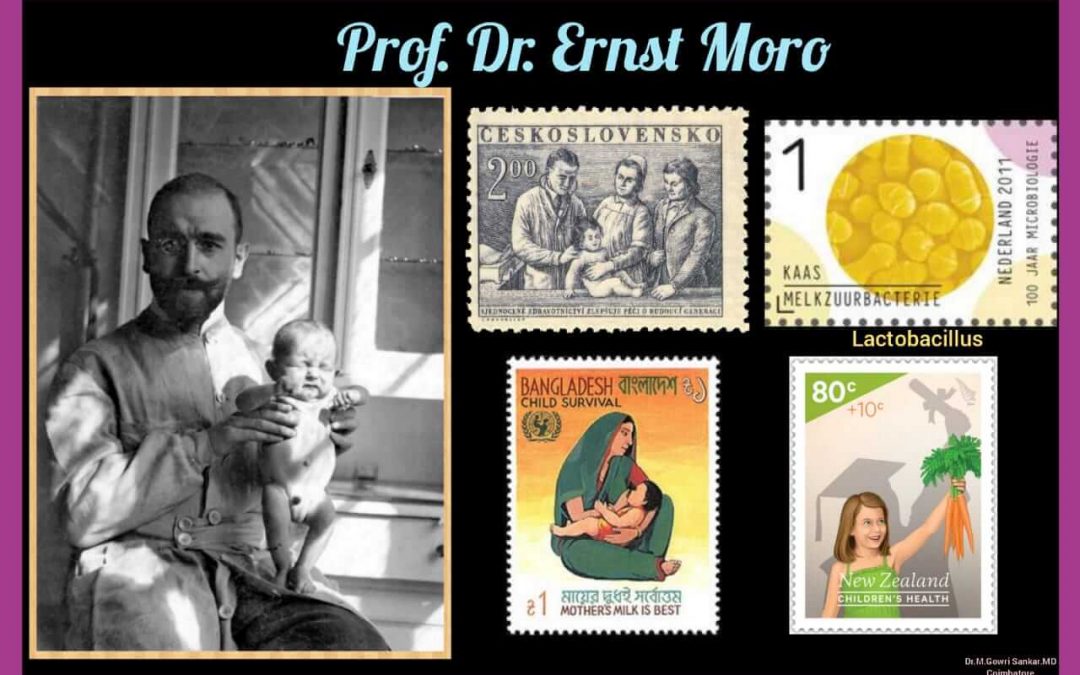 🔹Moro studied medicine in Austria and got his MD in 1899. After completion of his studies, he worked under Dr. Theodor Escherich in Vienna, a leading bacteriolgist who had discovered Escherichia coli.
🔹While Dr. Moro was doing an experimental research on the Physiology of digestion among infants in Dr. Escherich’s laboratory, he got motivated and thereby he started his Pediatric career.
🔹Subsequently, he became a Professor of Pediatrics in the University of Heidelberg in 1911.
🔹In fact, Dr. Ernst Moro was a pioneer of neuropediatrics, having worked with the neurological examination of newborns and discovered the famous Infant reflex that bears his name (Moro reflex).
🔹He then discovered that breast-fed children have stronger bactericidal activity in their blood than bottle-fed ones.
🔹Moreover, he was the first who isolated the Lactobacillus acidophilus, which is important in the intestine of the infant and also responsible for souring of milk products.
🔹Further, he was the first to described the irritable colon syndrome or recurrent abdominal pain.
🔹Afterwards, he coined the terms “First trimester” and “Biological spring.”
🔹His eponyms…
🔅 Moro reflex – A normal reflex of young infants. A sudden loud noise causes the child to stretch out the arms and flex the legs.
🔅 Moro’s milk – Full-cream milk with 3% flour, 5% butter and 5-7% sugar.
🔅 Prof. Moro’s carrot soup – The soup was made by pureeing 500 grams of peeled carrots in a blender, adding 1 liter of water, and then cooking it for one hour. After cooking, 3 grams of salt was added, along with enough water until the soup pot contained a total of 1 liter of liquid.
🔹His carrot soup preparation helped decrease the death rate of babies caused by diarrhea.
🔹Later, studies showed that the oligosaccharides in carrot soup prevented bacteria from sticking to intestinal walls and stopping the diarrhea.
🔹Thus, Dr. Moro marked a great beginning in the field of pediatrics. His scientific works were the most fruitful period of the field.