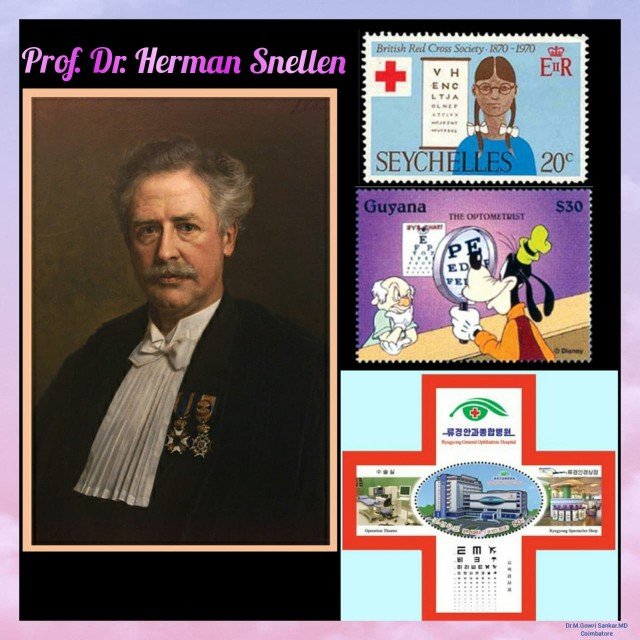 🔹Snellen studied medicine at Utrecht University, Netherlands and received his medical degree in 1857.
🔹Then, he began his career as an Assistant Physician at the Netherlands Ophthalmic Hospital, which was founded by his teacher cum mentor Dr. Franz Cornelius Donders. He was one of the primary founders of scientific ophthalmology.
🔹In fact, Snellen was the First Assistant Professor in Netherlands, who dedicated his whole life to Ophthalmology. Later, he became a Professor of Ophthalmology at Utrecht University in 1877.
🔹While in service, he improved and invented many surgical procedures for entropion, ectropion and trichiasis.
🔹Furthermore, he conducted research on astigmatism, glaucoma and on correction of visual acuity by using eyeglasses.
🔹However, Snellen is best known for the Vision letter-chart tests that bear his name Snellen chart – It was developed in 1862.
🔹The most significant innovation was the use of optotypes. Each letter in the chart is known as an optotype which is designed on a 5 unit square grid rather than using standard fonts.
🔹Ultimately, Snellen’s vision charts have transformed the way ophthalmologists diagnose visual acuity, and still remains an ubiquitous standard today.