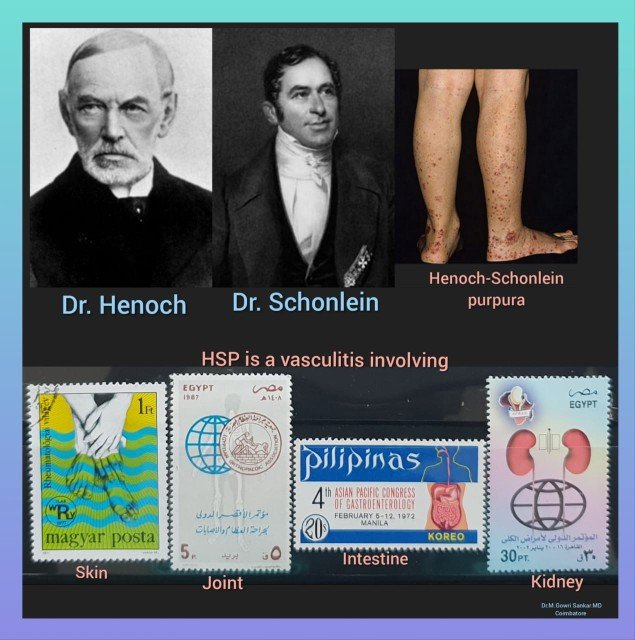 🔹Schonlein studied medicine at Jena, Gottingen and Wurzburg in Germany. After his studies, he began his career as a Faculty in Berlin University.
🔹His consistent performance had made him a recognized and wise clinician and his qualities were rewarded in the form of Professorship in the institute.
🔹Moreover, he was one of the first German medical professor to lecture in his native language.
🔹Further, he was the first who recognized the association between arthralgia and purpuric rashes in a child – called as Purpura rheumatica (Schonlein’s disease) during 1837.
🔹He further described about the Renal involvement citing “Frequent precipitates in the urine” of these patients.
🔹He is also accredited for naming the disease Tuberculosis in 1839. Prior to his naming, tuberculosis had been called as “Consumption disease.”
🔹Furthermore, he discovered the parasitic cause of ringworm and named it as Trichophyton schonleinii.
🔹In November 18, 1863 his student Dr. Eduard Heinrich Henoch described a case report about 15 years adolescent found with purpuric rash at Berlin Medical Society.
🔅Later in 1874, Dr. Henoch extended his research and published a case study on children describing a Syndrome of Purpura with arthralgia and gastrointestinal manifestations of intestinal colic and melena.
🔅In fact, Dr. Henoch was the first who described Purpura fulminans and published a paper on the same on December 1886. Also, he was the first who described the Nephritis as a complication in this condition by 1895.
🔹Thus the disease description was finally concluded and named after both Teacher and Student as Henoch-Schonlein purpura. This concept continues in medical history till date.