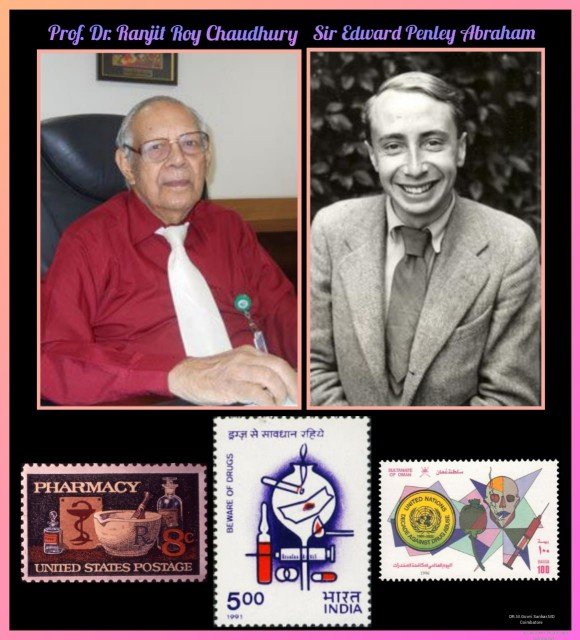 🔹Chaudhury was born at Patna in Bihar. He was actually brought up in a highly cultured and educated background.
🔹He studied medicine at the Prince of Wales Medical College at Patna (Renamed as Patna Medical College after independence). Later, he did his Doctoral degree of DPhil from Oxford University.
🔹During his days in Oxford, he admired the life of his Professor Dr. E P Abraham. He was part of the team that developed Penicillin at Oxford and later he went on to discover Cephalosporin.
🔹Although Dr. Abraham did great researches yet he remained a simple person all his days. Also, he donated all of his earnings received from cephalosporins and his own house to the University of Oxford.
🔹With this great inspiration Dr. Chaudhury returned to India in 1958. Subsequently, he began his career as an Assistant Professor at the All India Institute of Medical Sciences (AIIMS) and served there for around two years.
🔹Thereafter, he associated himself with the Post Graduate Institute of Medical Education and Research (PGIMER), Chandigarh. There, he became the Head of the Department of Pharmacology at his young age of 34 years and set up India’s / Asia’s First DM course in Clinical Pharmacology in 1978.
🔹Simultaneously, he was the Chairman of the Pharmacology and Toxicology Panel of the Indian Council of Medical Research (ICMR), where he extended his support to Clinical Evaluation of Indian Traditional Medicinal Plants.
🔹Additionally, he was serving as the Chairman of the Joint Programme of World Health Organization and Government of India on Rational Use of Drugs in India.
🔹Being a chairman of National Committee for the Ministry of Health and Family Welfare, he formulated the “Policy and Guidelines for the Approval of New Drugs, Clinical Trials and Banning of the Drugs in India.”
🔹Apart from all the above, he was a great academician, who published around 275 scientific articles in National and International Journals and authored about 25 textbooks on medical education.
🔹Consequently, he was honored with many prestigious awards such as Shanti Swarup Bhatnagar Award and the Dr. B.C. Roy Award and finally with most prestigious Padma Shri award by the Government of India, in 1998.
🔹In fact, Dr. Chaudhury became the doyen of medical education and research with a prominent career for about five decades.
🔹Moreover, he contributed to many areas of health including clinical pharmacology, medical education, research, clinical trials, traditional medicine and public health.

A Renaissance Man of Indian Healthcare