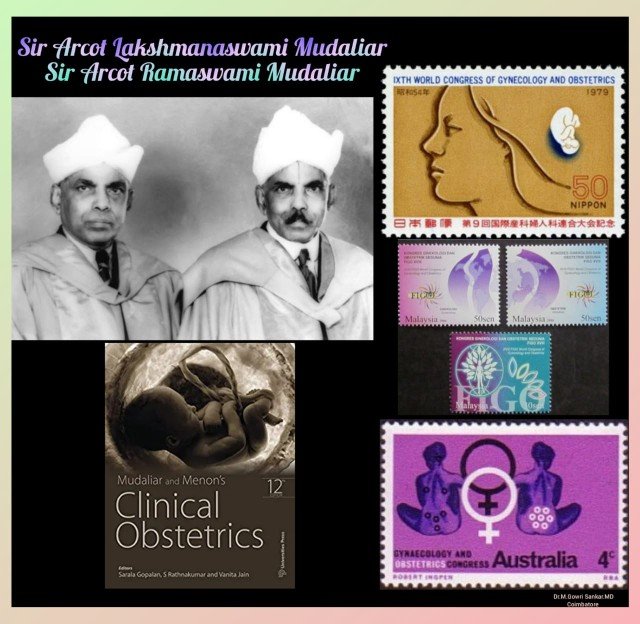 A tale of twin brothers…

🔹Arcot Lakshmanaswami Mudaliar and Arcot Ramaswami Mudaliar were twin brothers born in a Tamil-speaking family at Kurnool (now part of Andhra Pradesh).
🔹After schooling, they moved to Chennai and joined the Madras Christian College in 1903. Then, Lakshmanaswamy Mudaliar decided to study medicine, hence joined the Madras Medical College.
🔹After his medical studies, he started his career at Government Hospital for women and children at Egmore, Chennai, where he served for around 35 years.
🔹In 1934, he got appointed as the Professor of O&G at the Madras Medical College and his devoted service at the institution made him the first Indian Principal of the institution in 1939.
🔹In fact, Dr. Lakshmanaswami Mudaliar was the well known Obstetrician and his book co-authored with Prof. Dr. M.K. Krishna Menon “Clinical Obstetrics” – which is popularly known as “Mudaliar Obstetrics” – is the first Indian text book on obstetrics. It guided medical students for over a generation and even today it is consider the basic book in clinical obstetrics. The book was originally published by Oliver and Boyd, UK in 1938.
🔹Furthermore, he was celebrated as “the safest midwife.” There was a famous anecdote that when Queen Elizabeth was in labour pain for long hours and couldn’t deliver, the doctors who were handling her made all efforts and finally talked to Dr. Mudaliar in Madras over phone for his advice. Of course, Dr. Mudaliar probed deeply and gave the solution.
🔹Moreover, he was the founder Fellow of the Royal college of Obstetrics and Gynaecologists in 1930 and Honorary Fellow of the American College of Surgeons in 1940.
🔹He was associated with the University of Madras for around 45 years. Initially, he was elected as a Senate in 1923 and served as a Vice-Chancellor for 19 years and marked a remarkable phase in the history of the university.
🔹Ultimately, his outstanding work in the field of medicine and education paved the path for his 15 Honorary Doctorates.
🔹He was also elected as the chairman of the World Health Organization’s Executive Board during 1949-50 and was the Chairman of the Executive Committee of UNESCO during 1954-56.
🔹Besides medicine, he was equally interested in politics. He served as the member of Madras Legislative Council for about 25 years.
🔹In order to appreciate his meritorious services in the field of medicine and politics, he was given many honours from both the British and the Post-freedom Indian Government. He was Knighted in the year 1945 and awarded the Padma Bhushan in 1954 and the Padma Vibhushan in 1963.
🔹His brother, Sir Arcot Ramaswami Mudaliar was a lawyer, politician and served as a Dewan of Mysore and Vice-Chancellor of the University of Travancore. He was instrumental in the formation of the Council of Scientific and Industrial Research(CSIR).
🔹Certainly, Sir Lakshmanaswamy Mudaliar was an excellent teacher, educationalist, politician, administrator and moreover one of the greatest Obstetrician and Gynaecologist of his time.