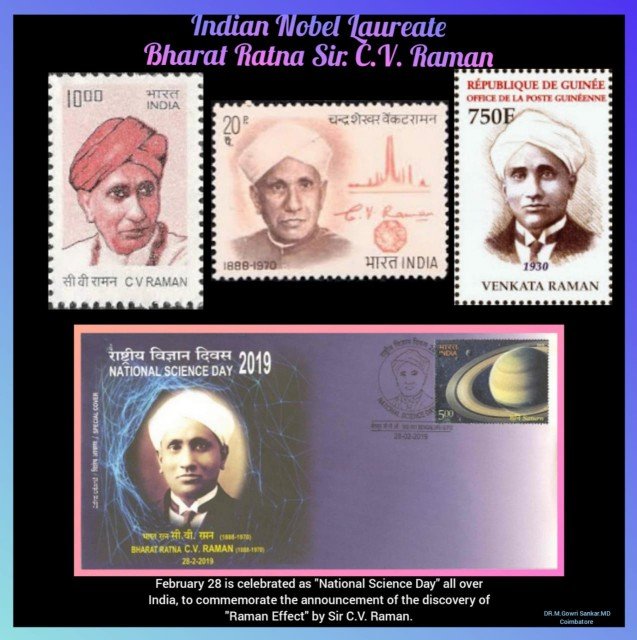 🔹Chandrasekhara Venkata Raman was born in Tiruchirappalli district, Tamil Nadu.
🔹His father was a teacher of mathematics & physics and his family was surviving with a low income. Afterwards, his father got a a better job as a college lecturer at Visakhapatnam so his family moved there.
🔹Raman was extremely enthusiastic towards science during his school days. Also, he used to read mathematics and physics books from his father’s college library.
🔹He completed his Bachelor degree and Master’s of Physics at Presidency College, Chennai.
🔹As he was in a position to clear the financial burdens of his family, he passed the civil service exams and joined to serve in the Indian Finance Department in Calcutta.
🔹Simultaneously, he continued his research at the Indian Association for the Cultivation of Science (IACS), which was founded by the Physician Dr. Mahendra Lal Sircar.
🔹While Raman was travelling to Europe in the year 1921, he started observing the blue colored glaciers and Mediterranean sea and slowly he became curious to know the reason for the blue color. Subsequently, he began to conduct the experiments on scattering of light.
🔹In the experiment, he used monochromatic light of a mercury lamp and a spectrograph to record the spectrum. Thus, he explained why the sky and the water appears blue.
🔹Furthermore, Raman associated with his colleague K S Krishnan and together they discovered the path breaking Raman Effect. Based on this discovery, Raman Spectroscopy was developed and published in March 1928 in the Journal Nature.
🔹In fact, the cost of the apparatus he used to discover Raman effect was just rupees 200.
🔹All of his ground breaking investigations led him to earn the most prestigious Nobel Prize in Physics during 1930 for his “Work on the scattering of light and for the discovery of the Raman effect.”
🔹Actually, Raman was very confident that he would win the Nobel Prize of 1930 – he had booked tickets to Sweden four months before the winner was announced.
🔹Later, Raman became the first Indian director of Indian Institute of Science in Bangalore in the year 1933. Then he became the Independent India’s first National Professor in 1947. Moreover, he founded the Raman Research Institute in Bangalore in 1948, where he worked all his remaining days.

Sir C. V. Raman’s contribution in the Field of Medicine:

🔹Today Raman’s spectroscopy is widely used in various laboratories all over the world in the field of medicine to identify molecules and to analyze living cells and tissues to detect diseases such as cancer.
🔹 Since 1970, Raman’s Spectrometer has been used in the field of medicine in clinical anaesthesia for accurate analysis of all anaesthetic and respiratory gases.
🔹In microbiology, Raman’s spectroscopy is used with Optical Tweezer (Raman Tweezer) to manipulate tissue samples without handling tissues and also used as a diagnostic aid to distinguish various virally infected cells.
🔹Spectroscopy is also used in Ophthalmology, a non invasive method to analyse the molecular changes occurring in cataract formation and corneal diseases.
🔹The Tip Enhanced Raman Spectroscopy (TERS), a new method, revolutionized the field of genetics, which helped in decoding the genetic information.

The Nobel Laureate of India