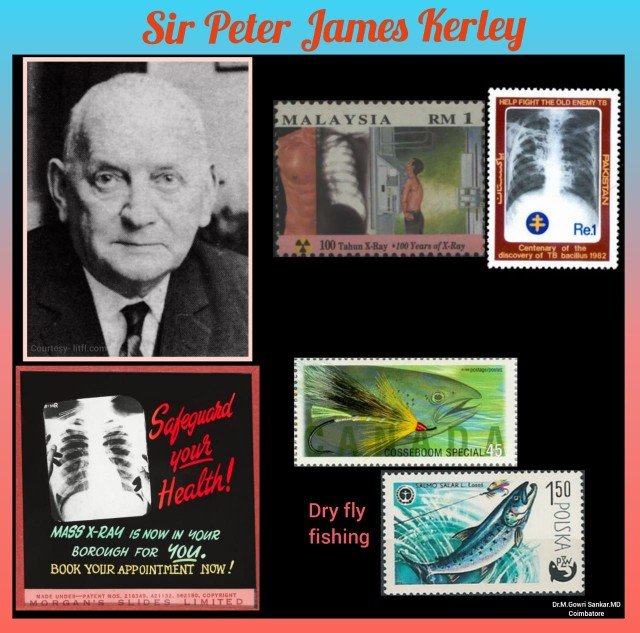 🔸Kerley was born in a small town in Ireland as the second-youngest of 14 siblings in a middle-class family.
🔸After his under graduation at University College, Dublin in 1923, he moved to Vienna, Austria to study otolaryngology.
🔸In Vienna, he was highly impressed with the new science radiology developed by William Roentgen which was growing in influence.
🔸Hence, he moved to UK to do Diploma in Medical Radiology and Electrology and completed the same in 1925 at Cambridge University. Later he concluded his medical graduation MD at the University of Ireland in 1932.
🔸Subsequently, Dr. Kerley began his career as a radiologist and then became Director of Radiology at the Westminster Hospital in London and the Royal Chest Hospital.
🔸In the year 1940, the Ministry of Health selected Dr. Kerley as the Director of the UK mass radiology TB screening programme for using mass miniature radiography technique.
🔸By this technique, he detected thousands of early tuberculosis cases and ultimately it helped to initiate the early anti-tuberculosis treatment.
🔸Moreover, he served as the First editor of Journal of Faculty of Radiologists (now Clinical radiology) and an editor for A Text Book of X-Ray Diagnosis, which was a world famous book and the definitive text on Radiology for many years.
🔸In fact, his book clearly described the radiological findings of pulmonary tuberculosis, silicosis, carcinoma lung, sarcoidosis and so on.
🔸Moreover, his significant contribution in the field of radiology are the descriptions of the Kerley A, B and C lines, which were observed on the chest x-ray films of cardiac failure patients.
🔸Because of his tremendous service in the field of radiology, Dr. Kerley was honoured with:
🔅Roentgen award of the British Institute of Radiology in 1943.
🔅Elected MRCP in 1944.
🔅Elected FRCP in 1946.
🔅Knighted in 1972.
🔅Gold medal from Royal College of Radiology in 1976.
🔅Sir Peter Kerley Lecture of the Royal College of Radiologists.
🔸Apart from all the above, Dr. Kerley was a keen sportsman with particular interest in shooting, golf and fishing. He is also famous for his eponyms in fishing techniques. One of his invention in fishing is called “Kerley Special Dry Fly.” By using dry fly, he was able to catch plenty of rare fish such as sea trout and salmon fishes.