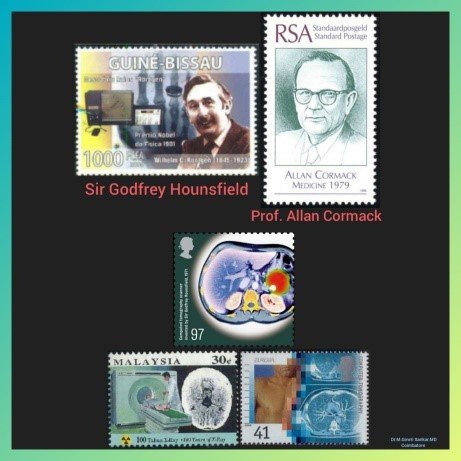 🔹Hounsfield had grown up with great passion to explore the electrical and mechanical machines in his farm. He couldn’t complete his schooling and did not hold any degree.

🔹During the outbreak of the Second World War, he volunteered to serve the Royal Army Force, where he studied radio mechanics and was also an instructor during the war. In order to reward his meritorious service, he was awarded a scholarship to pursue a Diploma in Faraday House at London.

🔹After his studies, he was appointed as a research staff at EMI Ltd company, where he was researched on radar and guided weapons. He further showed interest in computers and therefore committed himself to the development of Britain’s first all-transistor computer.

🔹Subsequently, he was developing a software to improve the compilation of X-rays from various angles and was using a computer to arranged 3D image representation. Ultimately his idea led to the development of Computed Tomography, which became a breakthrough in medical science.

🔹His prototype CT scanner was assigned exclusively to imaging head. He successfully tested it by scanning preserved human brain, animal brain and later became a test subject himself.

🔹On October 1, 1971 CT scanning was introduced into medical world through the first successful scanning that was done on a cerebral cyst patient at Atkinson Morley Hospital in London.

🔹In 1975, he built and introduced the Whole Body Scanner, which revolutionized the field of medicine.

🔹Consequently, Hounsfield and Allan Macleod Cormack, a South African born American physicist who had proposed and published the mathematical basis CT scanning in early 1960, were honoured with shared Nobel Prize in Physiology or Medicine in 1979.

🔹To confer an honour, his name has been immortalized by the Hounsfield scale, which is a measuring standard of radiodensity used in evaluating CT Scans.

🔹Moreover, he was a self-taught man and among the few noble laureates who did not attend a university.

The Man Who Revolutionised Medical Imaging