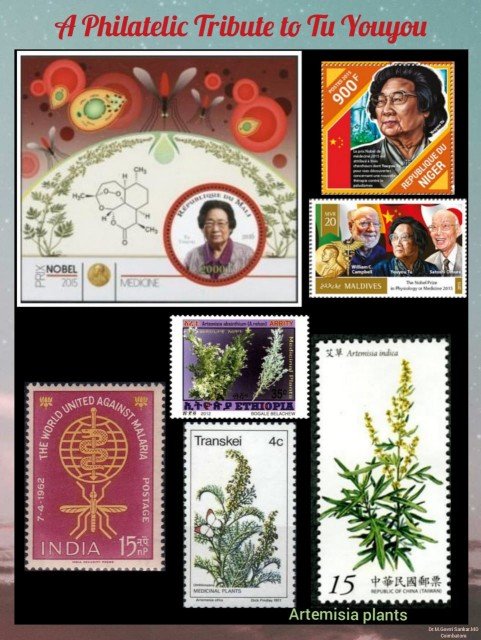 🔹Tu was born at the city called Ningbo, Zhejiang in China. During her schooling days, she contracted tuberculosis. Hence, her high-school education was interrupted. However, she got inspired to get into medical research.
🔹Therefore, she enrolled herself in the Peking University School of Medicine and graduated from the Department of Pharmacology.
🔹Later, Tu trained in Academy of Traditional Chinese Medicine for two and half years.
🔹While on the Vietnam War in 1967, the leader of Vietnam Ho Chi Minh, had asked the Chinese physicians to support in developing a malaria treatment for his soldiers trooping down with chloroquine resistant malaria.
🔹Then the Chairman of People’s Republic of China Mao Zedong had initiated a secret drug discovery project named Project 523. Which was started on May 23, 1967 and Tu youyou was appointed as the Head of the Project 523.
🔹Although, the scientists all around the world had screened over 2,40,000 compounds yet, no successful drug had been found for chloroquine resistant malaria. At that time, Tu came forward with an idea of screening the Chinese herbs.
🔹Subsequently, she and her team screened about 2,000 traditional Chinese recipes and made 380 herbal extracts and those were tested on mice.
🔹In fact, Tu was greatly influenced by the ancient Chinese manuscripts read from The Handbook of Prescriptions for Emergency Treatments, written in 300 AD by Ge Hong, which states that the herb sweet wormwood Artemisia annua is used for treating fever. Finally, the ancient recipe turned out to hold the key.
🔹Further, she and her team obtained the pure substance from the leaves and the closed, unexpanded flower heads of Artemisia annuna and named as Qinghaosu or Artemisinin. Consequently, she became the first to determine the chemical structure of artemisinin.
🔹Furthermore, Tu volunteered herself to be the first human subject to Artemisinin. Where, she said “As head of this research group, I had the responsibility.” After confirming its safety, she conducted the clinical trials among human patients and became successful.
🔹Whereas, her investigation was published anonymously in 1977. Even after giving a groundbreaking discovery to the nation, she unfortunately remained in obscurity. Finally, her name came to light in 2005, when a visiting researcher asked who had actually discovered artemisinin.
🔹Eventually, her work was recognized and she was awarded in 2011 with Lasker DeBakey Clinical Medical Research Award presented by the Lasker Foundation, US.
🔹Ultimately, she became the first woman of China awarded with the prestigious Nobel Prize in Medicine in 2015 for her discoveries concerning a novel therapy against malaria.
🔹Today, Artemisinin is considered mankind’s main line of defense against malaria and helped save numerous lives.

The Conqueror of Malaria & A Dynamic Women