How long should we not drink alcohol after vaccination? 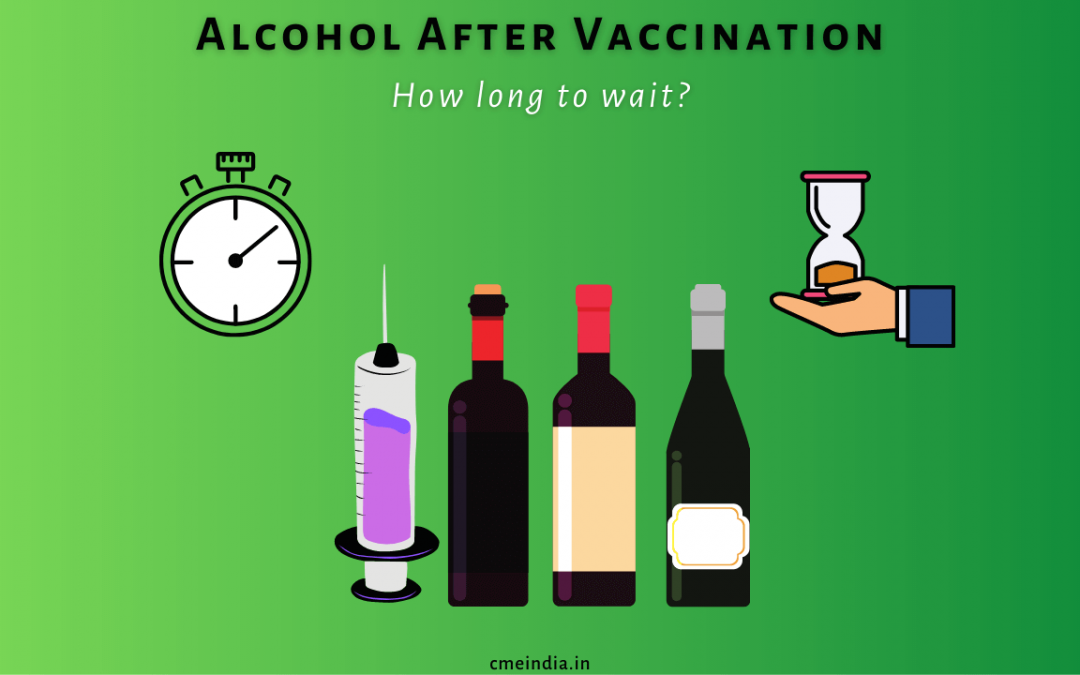 We have seen complex interplay of heightened lockdown difficulties with social isolation, mental illness and mad rush to get one bottle of alcohol disrupting social distancing. Now COVASHIED vaccine is a reality from 16th January 2021. Great hope emerges post मकर संक्रांति 2021, when vaccination starts pan-India. Makaraa Sankrānti or Maghi, which is a festival day in the Hindu calendar, commemorated in the name of the deity Surya, the Sun god, signifies the first day of the Sun’s transit into the Makara, or the Capricorn constellation, which denotes the end of the month with winter solstice and marks the start of longer days. COVID vaccine might denote the end of a pandemic and the start of a new era. With such a historic moment, people do ask about alcohol intake and its effect on vaccination…

Many of our colleagues are getting vaccine this Sunday,17.01.2022!! They are asking – How long should we not drink alcohol after vaccination!? (Apologies for the natural concern 🙃!)

Sputnik vaccine sponsor suggest that smoking should be less than 10 cigarettes per day.

Why Alcohol should have any interaction with IM Covid vaccine? It’s different issue of general warning ⚠️ to reduce or stop alcohol. I don’t see any scientific reason – neither has anyone studied it’s effect on attenuation of vaccine response!

1. A study titled “The effect of smoking and alcohol consumption on markers of systemic inflammation, immunoglobulin levels and immune response following pneumococcal vaccination in patients with arthritis” concluded:

Smoking predicted impaired immune response to pneumococcal conjugate vaccine in RA patients on MTX. Smokers with arthritis had higher inflammatory markers and lower IgG regardless of diagnosis and treatment. Low to moderate alcohol consumption was related to lower levels of inflammation markers but had no impact on immune response.

3. This virus may stay with us for a long time if not forever and changing drinking habits may go a long way in both reducing the spread of infection as well as reducing the chances of persons developing a serious illness.

Do not shake the vial. Each vaccine dose of 0.5 ml is withdrawn into a syringe for injection to be administered intramuscularly.

Source: The COVISHIELD (read Oxford Vaccine) from Serum Institute India has given the fact sheets fully and transparently. https://www.seruminstitute.com/product_covishield.php