Is it MND or Cervical Cord Compression? 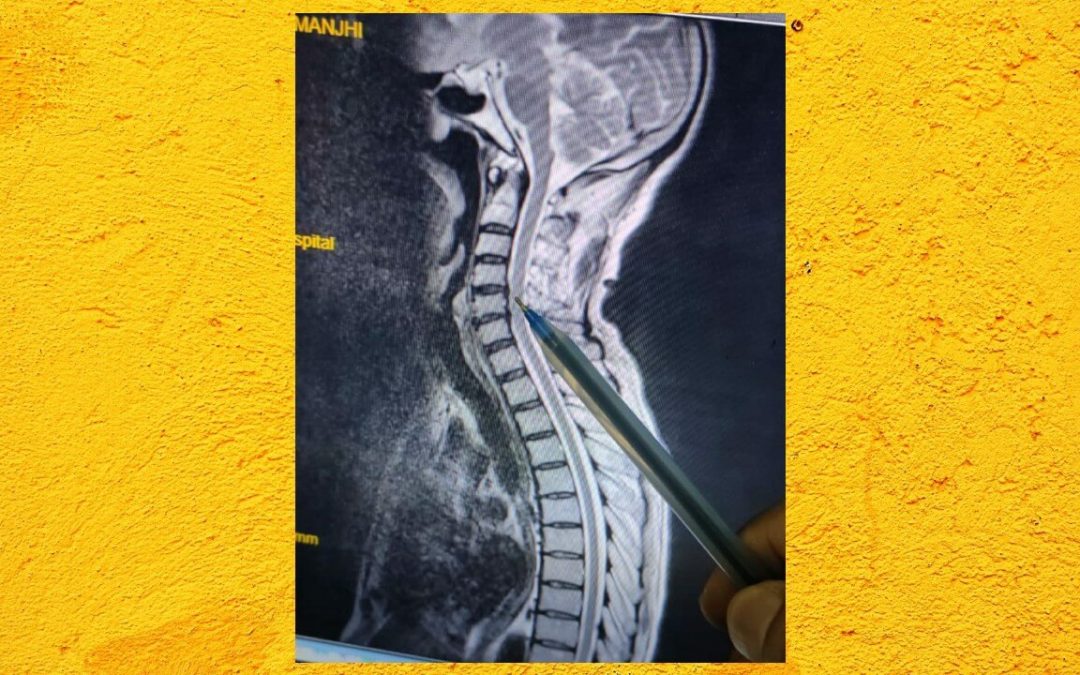 CASE: A 50-yr. old male driver by profession, resident of Bokaro with primary education has come with complains of weakness of all 4 limbs which was insidious, gradual and progressive in nature. It all started on 10 Nov when patient noticed neck pain while driving followed by slipping of chappals from rt foot followed by injury to rt toe at multiple times. Weakness was gradual and progressively ascending upwards.

Dr Abhishek, DM, Neuro, Patna: As history starts, it looks like myelopathy. But no sensory and bladder bowel is against compressive myelopathy.

DTR and spastic gait is UMN, So, LMN+ UMN without sensory bladder bowel with obvious fasciculations = MND, one thing I must say, very nicely presented … after a long time I saw such a detailed presentation.

Well, case clinically is of MND.

Dr Ujjwal Roy, DM, Neuro, Orchid Ranchi: EMG will give the answer. Kindly get it done.

Progressive coarse, combination of umn/lmn sign, insignificant cord compression, preserved sensory system (baring pain which is not against the diagnosis). Certain odds: Incontinence, slipping of chappal, how significant they are – Must do ENMG and paraprotein level.

Cremasteric reflex should be elicited with mildly Sharp end of the instrument, hammer — not by its side. These factors support a diagnosis of MND. I will suggest

Please send the MRI Scan Cervical Spine — all films including Axial cuts. Occasionally we can see signal changes in Corticospinal tract. Though it is better seen in Brain, internal capsule.