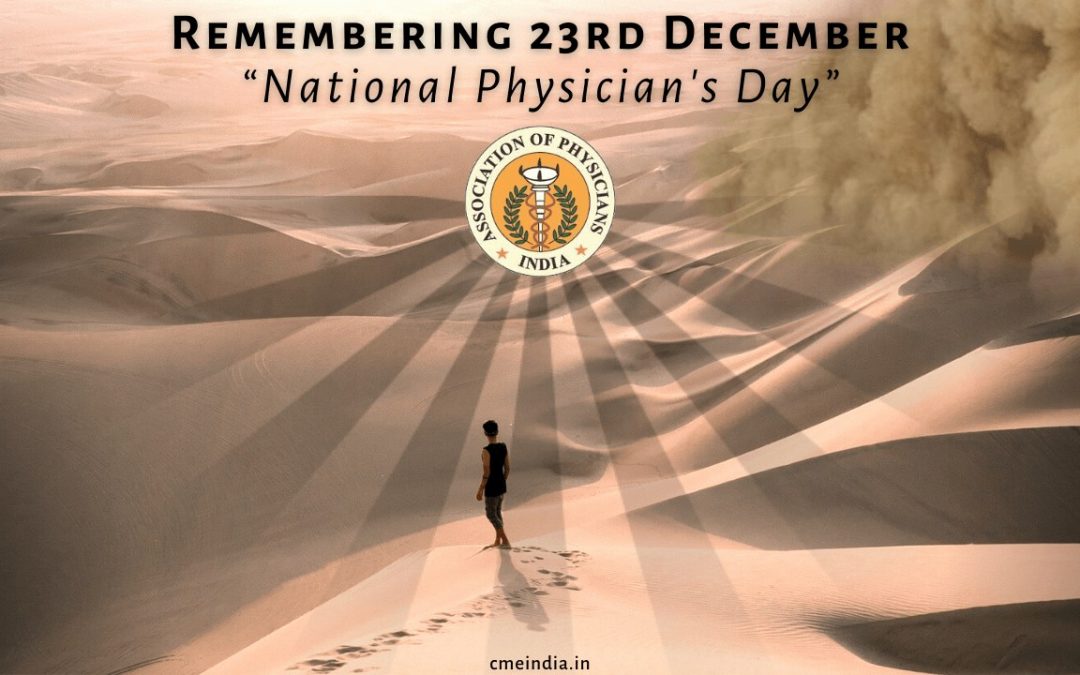 Association of Physicians of India (API) was formed on 23 December 1944. The date, 23rd of December, is observed nationally as Physicians’ Day. API suggests “CLEAN AIR FOR ALL” as a theme for 2021 “PHYSICIAN’S DAY.” Let us increase the awareness of clean air for all in the society.

About API (The Association of Physicians of India)

Membership: The Association which started with merely nine members, now has over 19,500 members.

Annual Conference: Initially, the only activity was an Annual Conference. The conference provided opportunity for members from all parts of country to meet, make and share scientific data and academic experiences. Other specialties like Diabetologists, Neurologists, Cardiologists have joined hands with API.

Journal of Association of Physicians India:

In 1953, the governing body sanctioned publication of a Journal when it was convinced that enough material would be forthcoming from the members for the regular publication of a Journal. The official scientific publication of the Association, JAPI was started under the dynamic Editorship of another leader from Lucknow’s KGMC, Dr. S.S. Misra was the First Editor and Dr. G. Coelho was the Editor since 1955, The Journal was published as a quarterly, then as bimonthly and soon after as monthly. Other Editors being Drs. N.J. Mody, K.G. Nair, G.S. Sainani, V.R. Joshi, P.J. Mehta, S.K. Bichile, Shashank R. Joshi and Siddharth N. Shah. After an initial period of teething difficulties, it has made steady progress and improved in quantity and quality.