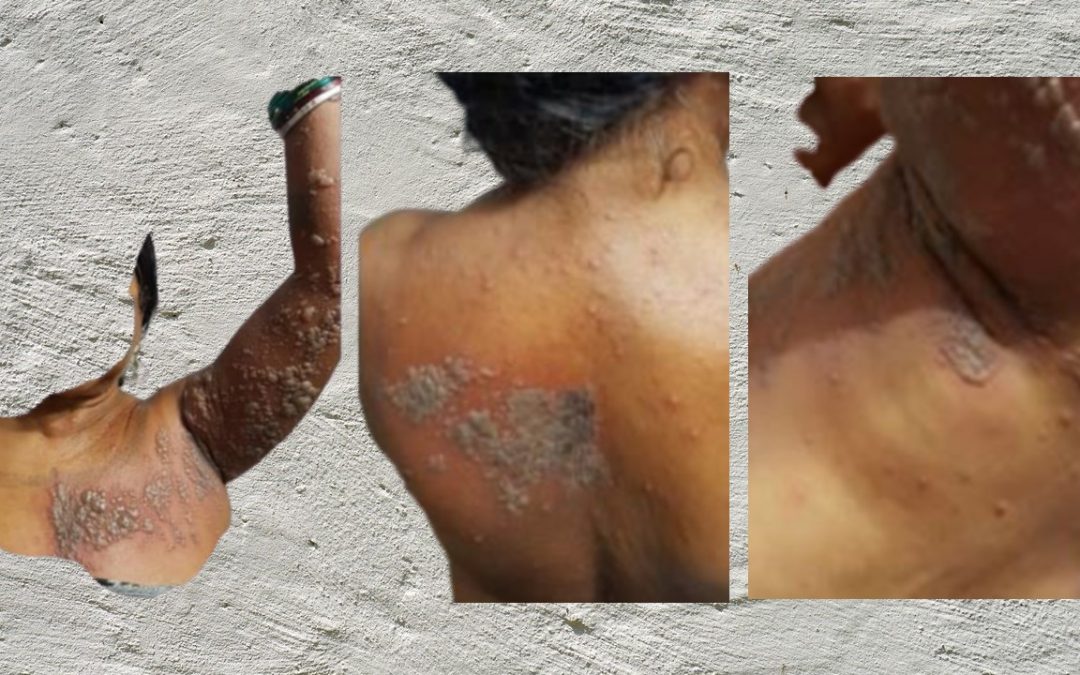 CASE: Is it Varicella (Chicken Pox) and Herpes Zoster in the same patient and at the same time?

Patient presented with history of painful eruption at left arm, upper chest and back 5 days ago. Then after 2days she develop fever, body ache and painless eruption over face and other part of body. No history of DM, pox or any immunocompromised condition in past.

Dr N. K. Singh: I have not seen both lesions in same patient. What the literature says? Lesions suggest both type in same patient occurring simultaneously. Must be a immunocompromised person needs further investigations. The chicken pox might have activated the zoster virus which was latent?? Do a covid test, nobody knows, it might be underplaying…. Reactivation of 2 Genetically Distinct Varicella-Zoster Viruses in the same individual.

Dr Anil Kumar, Pshy, Ranchi: I have seen 20years ago young girl having both https://www.ncbi.nlm.nih.gov/books/NBK448191/

Dr Anil Motta, Max, Delhi: That’s possible… Immunodeficiency due to any cause needs to be looked at!

Dr Noni G Singha, Dibrugarh, Assam: Disseminated Herpes Zoster. 1-2% of HZ pts can present as disseminated one. If so one should look for any drugs causing immunosuppression like steroids, anti-cancer etc., any immunesuppression or immunocompromise related disorders. You do not think HZ and chicken pox coexisting.

Dr Noni G Singha: In this particular case, it is more fitting in disseminated HZ which is may be commoner than coexisting together. Here onset is HZ first, then she must have exposed earlier to VZ. If both would have come together or VZ followed by HZ then maybe we could have called VZ and HS together. Thats my understanding.

Dr BASAB Ghosh Agartala: Any possibilities for exaggerated “Shingles” in this case? Chicken pox is a type of Herpes.

Dr Amit Kumar, Dermatologist, Ranchi: I will go with Zoster with Disseminated Type 2 herpes. Better to get a PCR done. And also, rule out any other cause for immunocompromise. It is not types of disseminated but type of HSV causing disseminated herpes.

Case is open for further comments…