Whenever Child Passes Urine, It Turns Black: Spot the Diagnosis 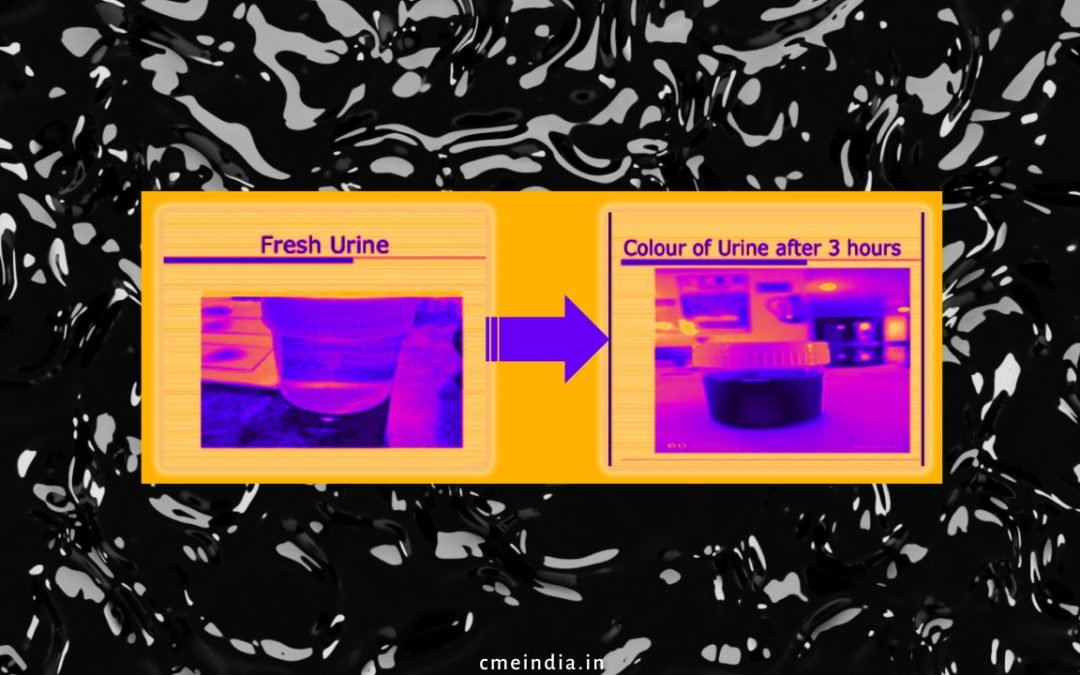 The triad of alkaptonuria

The clinical features are secondary to ochronosis:

It is not Phenylketonuria

It is not Acute Intermittent Porphyria

Each feature of AKU present at various stages in life, the earliest being detection of HGA in urine.

A. The passing of black urine is the only manifestation of the condition known in pediatrics, leading to 21% of patients being diagnosed with AKU before 1 year of age.

The darkening of urine occurs because the HGA pigment oxidizes to Benzoquinone acetate (BQA), which forms a melanin-like polymer that slowly turns urine black.

B. Ochronosis develops as the BQA accumulates both intra- and extra-cellularly in connective tissue. This feature is commonly observed in the third through to fifth decades of life.

C. The development of ochronotic arthropathy is the result of deposition of the HGA polymer within hyaline articular cartilage. Pigmentation is widespread, with all tissues of the joint organ being affected. The affected tissues often become weak, brittle, and prone to chipping, fracturing, and cracking, causing rapid joint degeneration, which means that patients can be left profoundly disabled at a young age. If treatment also delays, it leads to severe deformity of joints, spine, and organ dysfunction. Early diagnosis is the key to managing alkaptonuria effectively.

Does it affect Life expectancy?

No. It does not reduce life expectancy but it significantly affects quality of life.

Do we have any drug to cure?

There is currently no approved cure for AKU.