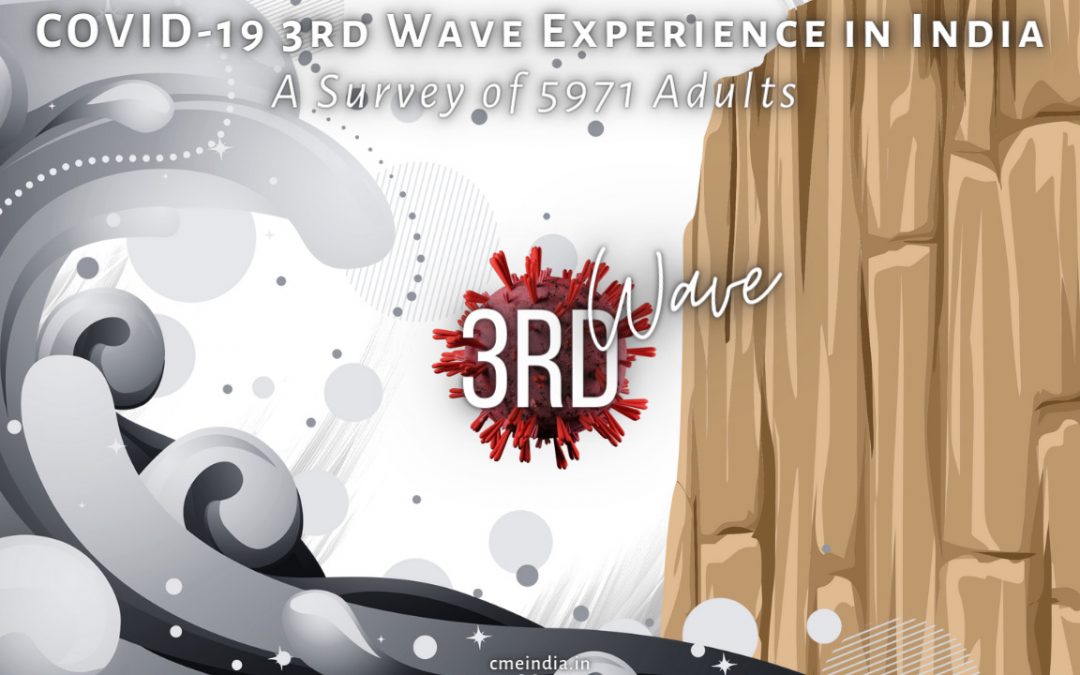 The high breakthrough infection rate implies that vaccination as a standalone strategy will not be enough in the days to come. Multiple strategies of protection will likely be required long-term from a public health perspective.

What is this Study?

For ease of discussion, the term 3rd dose will henceforth be used instead of precautionary dose

Figure 2: The percentage of people in each age group who were affected by the 3rd wave

5. Profile of vaccine use

11. 3rd wave positive rates among those who got 3rd dose, versus those who did not take 3rd dose

Figure 7A: Third wave positivity according to whether 3rd dose was taken or not

Figure 7B: Comparison of confounding factors that could have affected the outcomes of 3rd dose

This indicates that infection was more common among those who had longer gap after 2nd dose. In other words, protection from infection appeared to be linked with how recent the last vaccine dose was.

Figure 8 A: 3rd wave positivity according to gap since receiving 2nd dose, among those who did not take 3rd dose

We looked at people who took the third dose after varying gaps from the second dose. They were categorized into three groups:

In these three groups, we assessed the impact of the 3rd dose, as measured by the difference in 3rd. wave positivity rates. We found that a 3rd dose given early or during intermediate period made no difference to the baseline infection rate. But when the gap was >6 months after the second dose, taking a 3rd dose generated a 19% lower incidence of COVID-19 in the 3rd wave.

Figure 8 B: Difference in percentage of infection rates between 3 and 2 dose groups, classified on the basis of gap between 2nd and 3rd doses. The longer the gap, the greater the additional protection observed.

Among those who had a 3rd dose, 716 got infected during 3rd wave

Among those who were vaccinated, but did not receive 3rd dose, 1577 got infected during 3rd wave

Figure 9: 3 rd. wave symptom severity profile classified according to whether 3rd dose was taken or not

The severity profile of 3rd wave symptoms among vaccinated people who took 3rd dose and those who did not, were similar. The minor differences shown in the graph were not significant.

Figure 10: Age of those who suffered moderate severity of COVID-19 during 3rd wave, expressed as % of total respondents. Although the chance of testing positive has higher among

16. Public opinion: “Do you think a precautionary dose is helpful?”

Figure 12: Sample of questions sent to assess severity of COVID-19 among respondents

For question no.2, more than one of the six choices could be selected, depending on individual severity.

They were later classified as asymptomatic, mild, moderate and severe.

Less than 1% of those affected in the 3rd wave reported severe disease, defined as those who required supplemental oxygen during hospitalisation (6).

The chief reason that people mentioned for not taking the 3rd dose was that infections were being commonly reported after third dose.