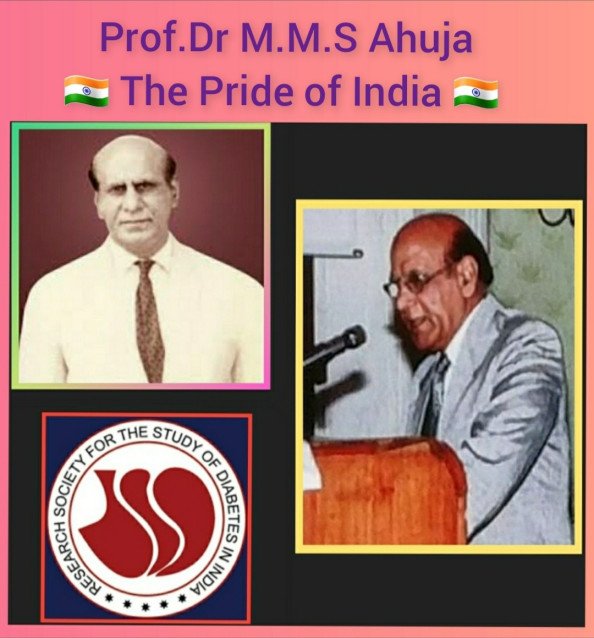 🔸After his studies, he sailed to the United Kingdom. There he completed his M.R.C.P. (London) in 1956, and did resident ship at Hammersmith Hospital, London.

🔸After his return from the UK, he joined the All India Institute of Medical Sciences (AIIMS) in 1958 as Registrar in Medicine. Then he was promoted as Associate Professor and later as Head of the Department of Medicine in 1969.

🔸He was instrumental in setting up the Department of Endocrinology at AIIMS in 1982 and became the Head of the Department. Also, he served as the Dean of the Institute from 1988-1989.

🔸Moreover, he played a key role in founding the “Research Society for the Study of Diabetes in India” in 1972, thus emphasizing that the main objective of the society is “Research.”

🔅 Founding Editor of International Journal of Diabetes in Developing Countries.

🔅Chief Editor of Medical publication series on “Progress in Clinical Medicine in India.

🔸His writings are unique and he contributed hundreds of original research and especially focused on Diabetes in the Young and Ketosis Resistant Diabetes.

🔸During his career, he spotted talent in many youngsters and encouraged them in the field of Diabetology and Endocrinology. He also trained hundreds of Endocrinologists who have become world leaders today.

🔸Over three decades, he made major contributions towards the understanding of diabetes in India. He is one of the most respected icons in the discipline of Diabetology and Endocrinology. Every year his birthday August 16th is celebrated as RSSDI Founders Day.

A Stalwart in Diabetology & Endocrinology