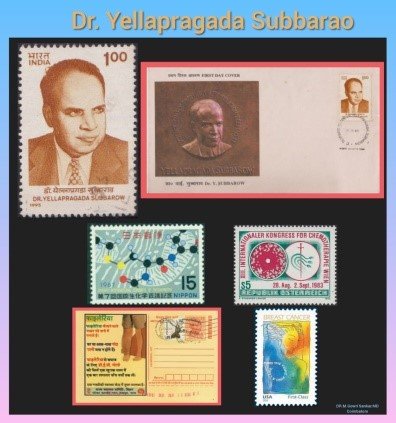 🔹Subbarao was born in a place called Bhimavaram in Andhra Pradesh. He studied medicine at Madras Medical College.

🔹During his college days, he actively participated in Indian freedom movement. As per Gandhi’s call, he boycotted all the British goods. Moreover, he wore the Surgical Dress made of Khadi material.

🔹After his studies, he started his career as a Lecturer of Anatomy in Dr. Lakshmipathi’s Ayurvedic College at Madras – he was fascinated by the healing power of Ayurvedic medicines.

🔹He then arrived at Boston, United States in 1922 and did his Diploma

from Harvard School of Tropical Medicine and later completed his Ph.D.

🔹Thereupon, Dr. Subbarao joined as a Faculty in Harvard, where he played a main role in transforming the face of science. Thereby, he changed the lives of millions by his discovery.

🔹In fact, his scientific breakthrough started with the Fiske-Subbarao method. By this method he used to measure phosphorus in tissues and body fluids. Later, it was renamed as Rapid calorimetric method.

🔹Subsequently, he discovered the role of Phosphocreatine and Adenosine triphosphate (ATP) in muscular activities. This became a significant contribution to the further developments of biochemistry.

🔹He further developed the World’s First Chemotherapeutic agent called Methotrexate. For this discovery, he is considered the “Father of Chemotherapy.”

🔹He also came up with the discovery of Folic acid synthesis, Vitamin B12 (Investigated Liver extracts as a cure for pernicious anemia), Polymyxin and Diethylcarbamazine (a popular drug to treat filariasis).

🔹Under his great guidance and support, Dr. Benjamin Duggar discovered Aureomycin, which was the first tetracycline antibiotics.

🔹In order to honour his enormous work, the fungus was named Subbaromyces.

🔹Dr. Subbarao is known as the Man of Miracle Drugs and recognized as one of the greatest scientist of all times. His discoveries are of paramount importance to mankind even today.

🔹In fact, Dr. Subbarao was also known for his acts of Generosity. He used to share his successes with his team regularly. Once he said, “The victories of science are rarely won single handed. No one man should get the (entire) credit.”

One of the Most Eminent Medical Minds of 20th Century