Covid Surge in China: Read it with a ‘handful of salt’ 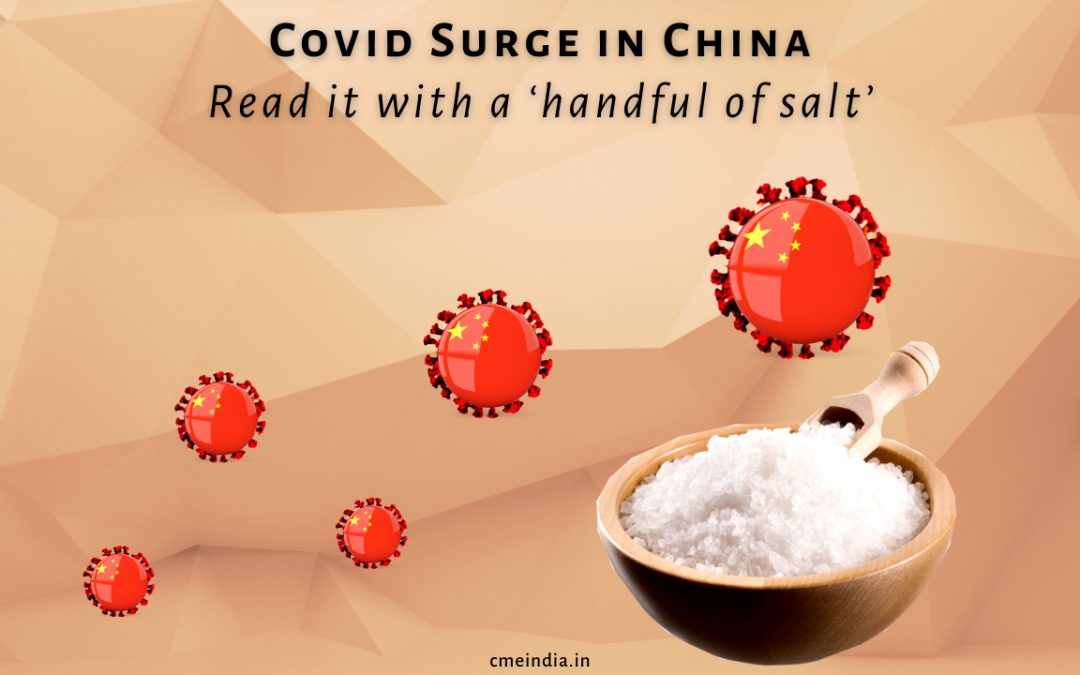 CME INDIA Presentation by Dr. Chandrakant Lahariya, Senior consultant physician and diabetologist, New Delhi. (He has worked with WHO and UNICEF in the past.)

Zero-covid’ is not a strategy for COVID-19 response.

Why this sudden surge after nearly 35 months of zero-COVID strategy?

Read it not with just a pinch, but with ‘handful of salt’

Attention needed not panic or worry for other countries

Should we bring back the mask mandate?

‘He who rides a tiger is afraid to dismount’