Essentials of ARDS in Viral Infections 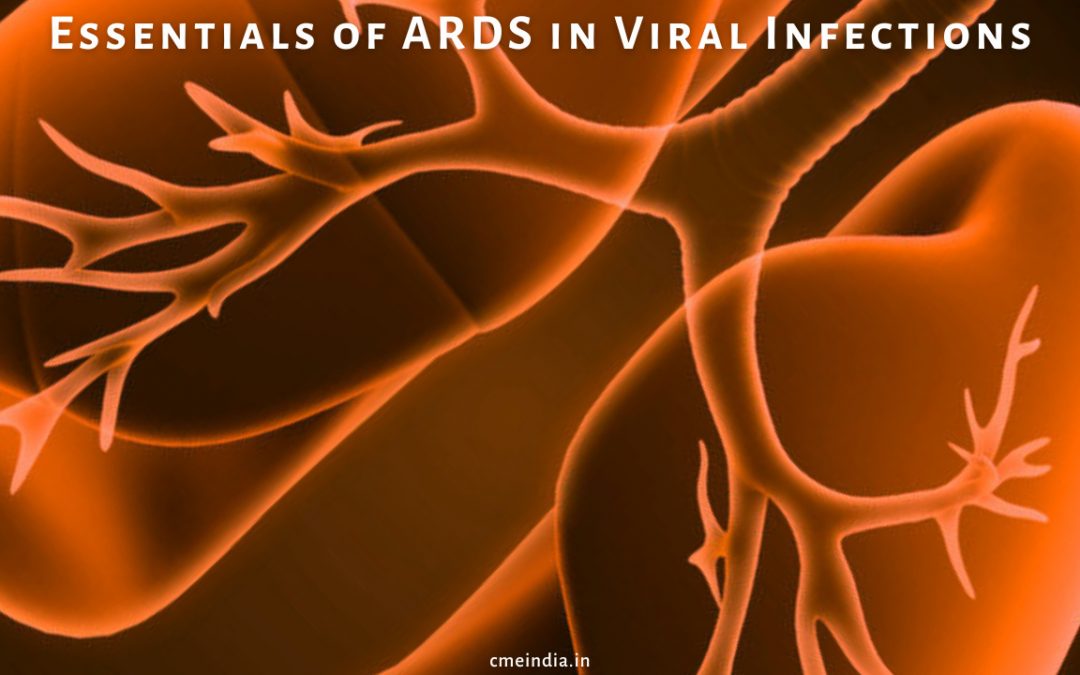 Based on Presentation at APICON.

Most common types of viruses causing pneumonia are divided according to the genetic material they contain and their pandemicity.

There are a number of conditions that may present as acute hypoxaemic respiratory failure with bilateral alveolar opacities and mimic ARDS. Some of the important mimics are being mentioned here: –

(a) Acute cardiogenic pulmonary edema: It usually involves left ventricular systolic or diastolic dysfunction, but it may also occur due to fluid overload, hypertension, or severe renal disease.

(b) Diffuse alveolar haemorrhage (DAH): Almost two-third patients with DAH will present with hemoptysis. On FOB, frothy hemorrhagic secretions are visible throughout the airways. BAL cytology, though non-specific, may show hemosiderin-laden macrophages.

(d) Malignancy: Hematological malignancies such as leukaemia, lymphoma and pulmonary secondaries of solid tumours may be mistaken for ARDS.

Definitions of ARDS in adults